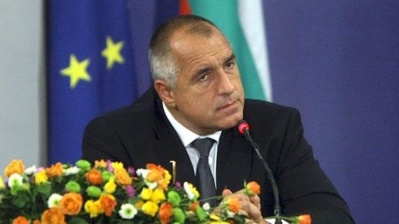 Police in Catalonia is investigating whether Bulgaria’s Prime Minister Boyko Borissov is involved in a money laundering case related to a luxury house purchased in Spain, El Periodico reported on February 21.

This is yet another scandal accompanying Borissov’s third time as prime minister. He has been forced to replace nine ministers so far after various corruption scandals. Despite that, many believe that this time Borissov – who ended his previous two mandates with resignations – will serve his full term as almost all parties represented in the parliament unofficially support him.

The information about the investigation was confirmed by the police, Bulgarian news outlet Sega reported. Attempts by bne IntelliNews to obtain information were unsuccessful as of the time of publication.

According to El Periodico, the police in the Catalonia autonomous region were probing whether Borissov was linked to an international money laundering scheme. The article describes allegations that former model Borislava Yovcheva, her father and two companies have received more than €5mn since 2013 from non-Spanish individuals.

The police are investigating a possible relationship between Yovcheva and Borissov. Several years ago Bulgarian investigative news outlet Bivol.bg published information that Borissov has a child with Yovcheva and that he bought her the luxury house in Spain. These allegations were denied by Borissov.

According to El Periodico, the house in Barcelona and a Porsche Macan that Yovcheva reportedly had been seen driving attracted the attention to the police as the former model and her father, who is living with her, have not declared income that would allow them to afford such a standard of living.

The newspaper wrote that it has seen documents from Spain’s anti-corruption prosecution office saying this money of suspicious origin “might be related to undeclared funds of high-ranking officials in the Bulgarian government”.

The case concerning the luxury house in Barcelona was made public for the first time in 2015 when a leaked conversation between two judges and an unknown third individual included the claim that Borissov had bought a property in Barcelona for a girlfriend for €1.5mn.

Then, in 2016, Elene Yoncheva, a member of the opposition Bulgarian Socialist Party, provided documents related to the same property to the Bulgarian prosecution. However, no investigation was launched in Bulgaria and in 2018 the Bulgarian civic movement Boec alerted the police in Spain.

Borissov denied buying the house once again on February 21 and accused Russia and Bulgarian President Rumen Radev of leading a hybrid war against him.

Radev often criticises Borissov and recently said he no longer trusts the government.

“Let them do their investigation but I’m pretty sure this all comes from the East and I’ll bet a few rubles on that,” Borissov commented as broadcasted by Dnevnik news outlet.

He added that no investigator has contacted him to ask him whether the allegations are true so far.

Serbia has so far refused to join sanctions on Russia, while adoption of sanctions in Bosnia is blocked by the Bosnian Serb member of the presidency, Mlorad Dodik.

National military service will be reintroduced for males from 2023, first on a voluntary basis and then in compulsory form after five years.

Shootings at latest protest in Skopje as unrest intensifies

Natural gas storage tanks in Europe were 60% full on July 4 as non-Russian supplies of gas appear to have surged in the last weeks. Europe is still on target to reach its target of tanks 80% full by October but a lot of uncertainty remains.