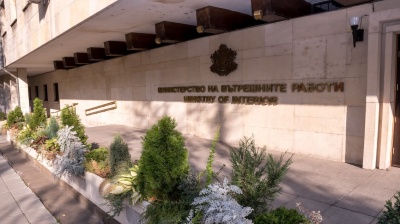 The Bulgarian border police shot a Syrian migrant in the chest after pushing him back to Turkey as he tried to enter the EU and seek asylum, a video released by Free Europe showed on December 6.

This is the first footage of a refugee being shot at a European border. It was released days before the expected decision by EU members on whether to admit Bulgaria, Croatia and Romania to the Schengen border-free area. Two EU member states have already indicated they plan to block Bulgaria’s accession.

The video was part of an investigation made by several media, including Lighthouse Reports, Le Monde, Sky News, ARD, The Times and Free Europe.

The footage, made on October 3, shows that the 19-year-old Syrian citizen Abdullah Mohammed was shot in the chest in a wooded area close to a fence. He falls to the ground, clutching his chest and bleeding from the mouth.

Mohammed was taken away by a group of men screaming in Arabic that he has been wounded. The young man is recovering at a hospital in Turkey.

Mohammed claims that the intention of the policeman who shot him was to kill him as the distance between them was very small, between 10 and 15 metres. The video shows that he is facing the fence towards Turkey and is not attempting to attack anyone.

“There are no cases of violence against migrants,” Demerdzhiev said as quoted by Dnevnik news outlet.

However, few days earlier Balkan Insight reported that a Turkish NGO reported a case of migrant dying of cold in Turkey after being pushed back by Bulgarian policemen. The NGO claimed that pushbacks of migrants at the Turkey-Bulgaria border are frequent and inhumane.

The migrant, allegedly pushed back to Turkey in the morning of December 2 by the Bulgarian border police, froze to death, while another was left in a serious condition and put in hospital. These two cases were not officially confirmed.

However, violent pushbacks were confirmed by the Center for Legal Aid Voince in Bulgaria NGO that is helping migrants in the country.

“It is hard for me to share this material. I wish I had never watched it. Regrettably, I am “watching’ it literally every day for a year,” Diana Radoslavova, the head of the NGO, wrote on Facebook.

Center for Legal Aid also said in official statement that the video shows the reality the NGO is facing and urged Bulgaria to change its policy towards refugees.