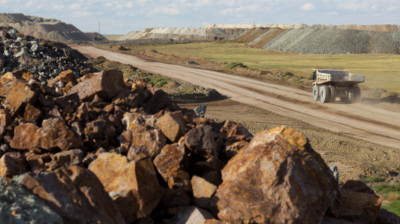 The company operates the Aktogay and Bozshakol (pictured) open pit copper mines in Kazakhstan.
By Kanat Shaku in Almaty February 4, 2021

Nova Resources—the consortium bidding to take London-listed copper miner KAZ Minerals private, led by company chairman Oleg Novachuk and billionaire Vladimir Kim—has raised its buyout offer to £7.80 per share for the 61% of KAZ Minerals it does not already own from its previous strike price of £6.40 in an attempt to appeal to minority shareholders.

The £6.40 offer was made in October. A source familiar with the matter told bne IntelliNews that the KAZ Minerals’ document announcing the new offer price, published on February 4, suggested that no investors had taken it up.

“The Increased Offer Price values the entire issued and to-be-issued share capital of KAZ Minerals at approximately £3.7bn, and represents a premium of approximately 22% to the Original Offer price of 640 pence in cash for each KAZ Minerals Share,” the document said.

KAZ Minerals and its subsidiaries engage in mining and processing copper and other metals in Kazakhstan and Kyrgyzstan. The company operates the Aktogay and Bozshakol open pit copper mines in Kazakhstan along with three underground mines. It is also developing the Bozymchak copper-gold mine in Kyrgyzstan. Moreover, the firm is developing the Baimskaya copper deposit in Russia’s Chukotka autonomous region. The deal is seen as potentially one of the biggest ever for Kazakhstan, as KAZ Minerals is a major stock on the London Stock Exchange (LSE) for international metal investors.

KAZ Minerals' fifth biggest investor, RWC Partners, which holds just under 3.3% of the company’s shares, reacted to the increased offer on February 4 with the statement that the new offer still “materially undervalues” the company.

“As we forecast that KAZ Minerals will generate more than $5.5bn of ebitda over the next three years, it is our opinion that the £7.80 per share offer price still materially undervalues the company,” RWC said. “Therefore, based on current circumstances, we do not believe this latest offer price represents good value for minority shareholders.” RWC said that a bid of £10 a share would be more acceptable to minority shareholders.

KAZ Minerals shares closed at £7.73 on February 3 and opened at £10 on the morning of February 4.

It appears most shareholders would be quite happy to hang on to the stock, as copper prices have risen sharply in recent months with industry anticipating a return to normal as the coronavirus crisis fades, quite apart from appealing long-term trends expected in copper prices.

Copper prices rose from a low of $4,775 per tonne at the end of last March to end the year at $7,894 in December, and continued growing at the start of this year. They increased by another 4% from January 1 to top the $8,000 mark in the first week of January.

Further increases in the price of copper may force Nova Resources to boost its offer even higher than £10, which could potentially harm the viability of the deal for the consortium.

Rationale for the offer

Novachuk explained in October that the rationale for the offer stemmed from the company’s “higher risk, capital intensive strategy”, which may be “misaligned with the preference of many investors in the mining sector”. Nova Resources said separately that the development of the Baimskaya copper mine in Russia, bought by KAZ Minerals in 2018, “would be best undertaken away from public markets as a private company”.

The $900mn purchase of the undeveloped Baimskaya mine surprised shareholders, leading to a sell-off in the stock after the announcement of the purchase. The mine’s development is set to cost $7bn, while it is thought it will take seven years to carry out. KAZ Minerals has referred to the mine as one of the world’s biggest undeveloped copper assets.