Calls growing for a price cap on Russian oil exports 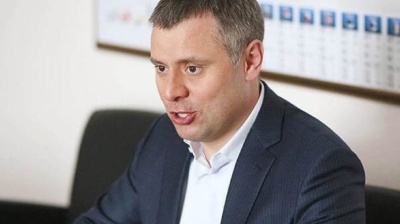 Trying to block Russia's oil exports completely (and inevitably failing) would send prices even higher, with the upshot the Kremlin makes even more money than it does now. Better to cap the price the West pays for oil instead, say some. / wiiki
By Ben Aris in Berlin June 15, 2022

Europe has been wrestling to get its members to sign up to a full ban on Russian oil products as many countries remain extremely dependent on the supply of Russian crude.

An oil embargo was supposed to be the flagship penalty in the recently approved sixth package of sanctions, but the measures finally adopted were watered down and Hungary, Bulgaria and Slovakia obtained exemptions.

Moreover, even if the EU bans Russian imports of oil completely, there is significant leakage with oil being set to other markets in Africa and Asia that are not participating in the sanction’s regime. Currently China and India are receiving half of Russia’s exports in unprecedented volumes, even if Russia's overall volume of exports is down significantly.

The other problem is that restricting Russia’s exports will drive up demand for non-sanctioned oil and inflate prices to the point where Russia could actually make more money on its reduced volumes than it did before the war at “normal” prices. Russia is currently earning its largest currency account surpluses ever despite sanctions, self-sanctions and a 30% discount on its Urals blend of oil. The implementation of a really strict European oil embargo would almost certainly send oil prices even higher.

To get round these problems, there are calls for a new strategy that does not have the unrealistic goal of completely blocking Russia’s exports, but instead would attempt to lower the price of oil to hurt the Russian budget and also siphon off some of the profits Russia would earn into a fund, that will therefore encourage the Kremlin to end the war and agree to pay reparations.

CEO of Ukraine’s national gas company Naftogaz Yuriy Vitrenko called on June 14 for a price cap on Russia’s exports that would normalise the market. “Further to the ongoing debate on the risks and benefits of different options for the energy sanctions against Russia, I would suggest considering a new, or slightly modified, option of a “transfer cap”,” he said at a government hearing.

“This mechanism would allow transfers in euros from European off-takers to Russia only within a defined cap. The difference between the full amount paid by off-takers and money transferred to Russia will be frozen until Russia withdraws from Ukraine and pays reparations,” Vitrenko said.

“It should be set at a level that covers the opportunity costs of the Russian producers, and it’s expected to be much lower than the market prices [in order] to stop Putin’s war machine. Russia will have a clear motivation to stop the war and compensate damages, while market disruptions will be prevented.”

“We might see market trends opposite to current levels yet positive for Ukraine and the Free World as a whole.” Russia will have to supply more to global markets while getting times less than now because of the transfer cap; besides, market prices will decrease due to increased supply, Vitrenko concluded.

Recently published budget data from Russia’s finance ministry suggests that Moscow will struggle to cover the mounting costs of the war, with military spending having increased by almost 130% in May alone to RUB630bn ($10.2bn), or 6% of annual GDP on a pro-rated basis.

The oil and gas revenue Russia is earning is increasingly important, and boosting prices in the short term with an incomplete oil embargo will actually benefit the Kremlin, as it needs more cash now to fund the fight. If revenues are cut in 6-8 months' time, as is the proposal in the sixth package, the war may already be over by then and the Kremlin will be able to slash spending to cope.

The cost of a barrel of oil was $120 at the time of writing, well above the budget’s assumption of $42, and earning the Kremlin very large excesses – amplified by the fact that imports have tumbled by half, also due to the sanctions.

However, the recent budget data showed that Russia ran a fiscal deficit of more than RUB260bn ($4.7bn) in April, or 2.5% of GDP, says Guriev. Russia has been selling its oil at a huge discount – accepting $70 per barrel for Urals crude in recent weeks, 30% below the market price – while overall output is set to decline by 10% this year. Meanwhile, non-hydrocarbon revenues have plummeted, leaving oil and gas taxes accounting for more than 60% of fiscal revenues, compared with less than 40% a year ago. In theory, cutting off Russia’s ability to export oil should hit Moscow where it hurts.

“The problem is that the embargo will help Putin in the short term. The mere announcement of it has already caused oil prices to spike. That is why Europe should complement its oil embargo with additional, immediate measures,” says Guriev.

Guriev suggests two strands. The first would be to introduce a high tariff on oil imports into the EU, which can be implemented quickly. Part of the amount paid by buyers of Russian hydrocarbons should be transferred to Ukraine as reparations or stored in special escrow accounts until reparations are formally awarded, Guriev suggests, but admits that with the cost of living already soaring in Europe there is little political appetite for a new oil tax.

Guriev’s second strand is the same as Vitrenko’s – a price cap.

“A price cap could be implemented immediately – say, at $70 per barrel – and lowered by about $10 each month the war continues. Yes, Putin could refuse to sell oil at this price. But given that he is already desperate enough to sell to China and India at steep discounts, and today’s energy prices far exceed production costs, this seems unlikely,” Guriev argues.

Moreover, if a falling price cap to lower the price paid in Europe were accepted and paid by Europe then China and India would have no incentive to pay higher prices. The price cap could have the effect of pulling down the prices on the whole market. That would also have the beneficial result of reducing the red hot inflation rates.

Guriev dismisses the objection that a price cap would distort the market by pointing out that the oil business is run by the OPEC+ cartel and was never a competitive market in the first place.

The problem that a price cap might spur a black market is more serious and there are already examples of sanction dodging by creating “crude cocktails” where Russian oil is mixed with others to create a blend with less than 50% of Russian crude that is not sanctioned. But Guriev argues that these problems can be dealt with using secondary sanctions and some good detective work.

“The EU’s oil embargo will hurt Putin, but not soon enough. Europe must immediately impose a price cap on Russian oil and gas,” concludes Guriev.