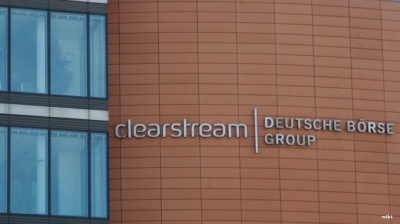 The move will provide easier access to the Romanian capital markets for international investors by adding a new domestic link to enable settlement and safekeeping of Romanian equities.

“This has been a requirement that we have heard more and more often in recent years from foreign investors but also from Romanian issuers, especially after the inclusion of Romania on the watch-list for promotion to the secondary emerging market status by one of the leading global index providers, FTSE Russell,” Silvia Buicanescu, CEO at Depozitarul Central, said.

This step will enable settlement and safekeeping of all equities denominated in Romanian leu through Clearstream’s international infrastructure, improving efficiency with international standards while reducing costs for investors.

Clearstream has already been present in the Romanian market since 2010 and was offering government and municipal bonds. The platform added local corporate bonds to its ICSD infrastructure last month.

“Being able to enter emerging markets via an internationally established post-trade environment is very attractive to investors all over the world. Romania has been already a long-time part of our global network. Clearstream now making Romanian local equities available to international investors will add to the market’s attractiveness, increasing demand and thus liquidity of Romanian equities. The local market will benefit from a wider range of sources of funding, contributing to its further development,” commented Jan Willems, head of global markets at Clearstream.

Luxembourg-headquartered Clearstream provides the post-trade infrastructure for the Eurobond market and services for securities from 58 domestic markets worldwide. With around €14 trillion in assets under custody, Clearstream is one of the world’s largest settlement and custody firms for domestic and international securities.

Hooking into the Clearstream international payment and settlement system has been a milestone for countries in emerging Europe that has typically been followed by a sharp upturn in international investment.

Russia put this reform into place in 2012, two years after Romania, and saw the share of foreign investors in its local bonds explode.

Ukraine only linked up to Clearstream in May 2019, which was followed by the return of international investors to the local bond market. In all, bond traders invested more than $4bn into the local market, driving yields down from 19% at the start of the year to around 13% by the end.