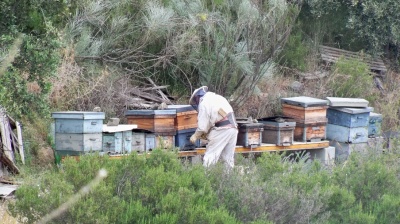 Climate change, with the consequent loss of glacier meltwater, threatens to destroy the beekeeping sector of Kyrgyzstan, considered the best in the world in terms of honey quality.

The issue was investigated by State of the Planet, the news site of Columbia Climate School. It noted how on the second day of the ongoing COP 26 climate change summit in Glasgow, Kyrgyz leader Sadyr Japarov made an ambitious statement in the framework of the Paris Agreement on climate change, asking for help from international organisations. He also reportedly mentioned glacier issues in Kyrgyzstan, with small glaciers in the Central Asian country in danger of disappearing by 2050. The loss of glaciers is said to be having a devastating effect on farmers in the region, with reduced irrigation water supplies undermining the growth of pastures. 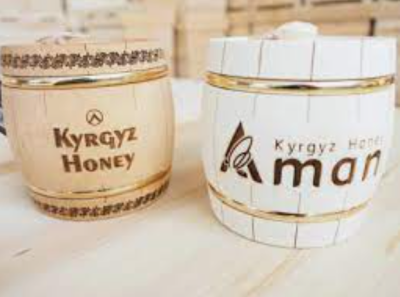 To many honey experts, the quality of Kyrgyz honey is the best in the world (Image: export.gov.kg).

State of the Planet talked to Taalaibek Saatov, a 60-year-old farmer who has been beekeeping for four years on the slopes of the Sary-Uzen Chui region, with its rivers fed by glacier meltwater. It is becoming more and more difficult for Saatov to harvest from about 20 beehives, primarily due to climate change, it reported.

“Spring was very late in the Chui region this year, and as soon as the bees needed the flowers, the weather passed 30 degrees Celsius, and all the field flowers withered. Since May 2021, it has rained not more than four times. My bees suffered from such extreme and unusual climatic conditions,” Taalaibek was quoted as saying

In addition, Taalaibek was reported as observing, farmers were using uncontrolled pesticides to increase crop yields. Those applied to the fields in May and June led to mass extinctions of his bees.

Kyrgyzstan has a unique geography with vast high-mountain pastures covered with a variety of honey-bearing plants. The country’s honey has been recognised at international festivals worldwide as the best quality organic honey.

Beekeeper Taalaibek told how he could not hold beehives on the Chui slope for a long time and this year he had to climb to the top of the mountain looking for wildflower pastures for his bees. However, Central Asia experienced prolonged drought this year. It destroyed blooming grass very early.

“If you go up to the mountains now, everything is yellow and brown,” Taalaibek was further reported as saying. “When you step on the grass, you see that it has dried up. Usually, in May, Chui’s fields used to bloom until July, and we didn’t need to climb up mountains until then. Then in July and August, when the mountains blossomed, migration of beekeepers used to begin. We needed to arrive in the mountains early in June this year. But there weren’t any flowers on the mountain pastures.”

Beekeeping is both essential for the livelihoods of Kyrgyz people and pollination of the wild, native plants in the mountains of Kyrgyzstan.

Kyrgyzstan: Where have all the dollars gone?

Ukraine will receive $5.5bn in support from the US later this month
10 hours ago
John Malkovich to turn Skopje into Hollywood of the Balkans
11 hours ago
Envoy says start made on construction of Turkish attack drone factory in Ukraine
20 hours ago
Huge explosion rocks Russian airbase on the Crimean peninsula
23 hours ago
Russia cuts oil flow via Ukraine's Druzhba pipeline, blaming sanctions for blocking transit payments
1 day ago