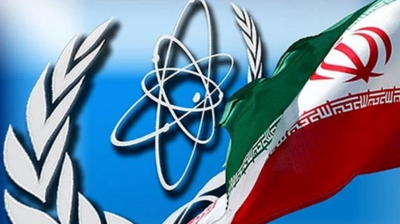 There are indications that Iran and the US are moving towards an acceptance of something towards the “coma option”—or an interim agreement—to break the current deadlock over how to resurrect the 2015 nuclear deal, or JCPOA.

Under this scenario, Parsi explained in an essay for MSNBC, the agreement between Iran and the major powers “would all but die, but the parties would pretend that it is still alive to avoid the crisis that its official death would spur… Think of how Western powers have pretended that the Israeli-Palestinian peace process has been alive for the last decades”.

Parsi, author of “Losing an Enemy — Obama, Iran and the Triumph of Diplomacy”, reflected on the unattractive options if the nuclear deal diplomacy fails—such as a tightening of sanctions on Tehran in an effort to persuade it not to develop its nuclear knowhow to an unacceptable point in the military sphere, covert operations in an attempt at thwarting the Iranian nuclear development programme, or war—and concluded that the “coma option” might appeal to all sides.

If the JCPOA entered a “coma”, Tehran, added Parsi, “would keep its nuclear leverage while strengthening its economic and political ties with Moscow, Beijing and other governments that would disregard Washington’s sanctions. While clearly not optimal, it is preferable to both a sanctions-less deal and war with the U.S. This would, however, require that Tehran temper its nuclear advances, which it might do since it no longer would press the U.S. to rejoin the agreement.”

One obstacle to sealing an agreement to the re-establishment of the JCPOA is Tehran’s demand that the US delist Iran’s Islamic Revolutionary Guard Corps (IRGC) from its blacklist of foreign terrorist organisations (FTOs). As Paul Pillar, a senior fellow at Georgetown University and former executive assistant to the director of US Central Intelligence, has stated: “This move [by former US president Donald Trump to put the IRGC on the list] was a clear misuse of the FTO list. Of the 73 organisations currently on the list, 72 are—as creators of the list intended—non-state groups. The IRGC is the only one that isn’t.” However, with the US mid-term elections looming in November, US President Joe Biden probably calculates that he can ill-afford to take the IRGC off the list as his opponents would present the move to voters as weakness.

Iran, meanwhile, is reportedly very close to having enough enriched uranium for at least one nuclear bomb—though weaponising it—something Tehran claims it has no ambitions to do—might take a few more years.

One possibility for an interim deal to preserve but not fully restart the JCPOA, in which Iran is supposed to verifiably keep its nuclear programme in the civilian sphere in return for the lifting of economic sanctions, would see Iran firstly stop producing uranium enriched to 20% and 60% uranium-235 and limit itself to producing uranium enriched to less than 5%, and, secondly, return to compliance with an additional protocol so that the International Atomic Energy Agency (IAEA) could again verify that Iran was not producing centrifuges for a clandestine enrichment facility.

For its part, the US would drop sanctions on purchases of Iran’s oil and lift sanctions on Iran’s financial institutions, including its central bank.

Such a possible interim arrangement was on May 31 described by Seyed Hossein Mousavian, Middle East security and nuclear policy specialist at Princeton University, and a former chief of Iran’s National Security Foreign Relations Committee, in an opinion piece for Middle East Eye.

Wrote Hossein Mousavian: “The reality is that Israel, the US and Iran are already in a shadow war, one that has been playing out for years on land, sea, air and in cyberspace. Biden’s Iran negotiator told the congressional hearing that ‘nuclear talks aren’t dead, but almost’. An interim deal could still salvage the accord and potentially provide the basis for full compliance by both sides after the US elections this November.”

Viktor Orban’s latest move is another way of shifting the blame for economic woes following a procyclical and expansive fiscal policy in recent years.

A major battle is seen in Prague where the Pirate-led coalition of Mayor Zdenek Hrib could be brought down by a grand coalition of Babis' ANO, together with ODS, the prime minister's party.

Nearly 200 Azovstal soldiers were freed in the war’s largest prisoner swap on September 21. In exchange, Kyiv has given Moscow the Ukrainian oligarch and pro-Kremlin politician Viktor Medvedchuk and 55 Russian POWs.

Unrest that started as a demonstration against enforcement of compulsory hijab has become uprising against whole existence of Islamic Republic, say some observers.