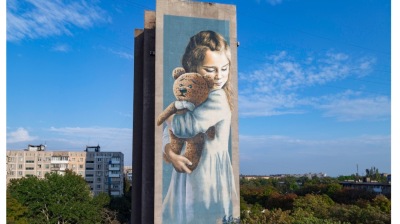 Ukrainians mortgage market has been dead for nearly a decade but now it is growing rapidly and a government mortgage subsidy programme will boost it further
By John David Suggitt founder and managing director of Kiev Real Estate Recovery Funds in Kyiv February 9, 2021

Like other governments in New Europe, the Ukrainian government is hoping to stimulate the real estate sector by subsiding mortgages through a new law that was passed at the start of February.

Construction is one of the three big drivers of economic growth and as real incomes slowly start to rise, the state is hoping that by stimulating the home ownership market this will feed through to boost economic growth as well.

The subsidies will be a catalyst for real estate price appreciation and rekindle mortgage lending, which has largely lain fallow during the recent years of economic chaos. There were zero mortgages issued in last 12 years and the value of Ukrainian residential real estate has fallen by 75%. With the new mortgage law the first step has been taken towards sparking a strong recovery in the sector.

Under the Cabinet of Ministers’ law, the government will pay the first 7% of the interest payment on a home mortgage loan. Currently, five banks offer mortgages at 10%. Aimed at young Ukrainian families, the programme is for 15-year loans of up to $70,000 to buy a house or apartment built after 2015. Buyers must make a minimum payment of 15% of the cost of the dwelling.

Ukrainian President Volodymyr Zelenskiy said on his website: “Mortgage lending will promote economic development and create additional incentives for young Ukrainians to stay and work in their homeland."

Thanks to a string of rate cuts by the National Bank of Ukraine (NBU), Ukraine now enjoys the lowest interest rates since the fall of the Soviet Union, which are currently at 6%, and has made mortgages increasingly affordable to a much wider number of people.

As interest rates dropped over the last two years, the size of mortgages increased by 43%, to $25,000. However, 87% of the loans were for secondary homes, largely country dachas. Last autumn the average effective mortgage rate on the secondary market was 14.9%. On the primary market, it was 18.2%. The new home mortgage subsidy programme is reserved for first-time buyers.

“We are actively looking to buy as much as possible right now due to low prices, desperate sellers and in anticipation of the eventual end of the [coronavirus (COVID-19)] quarantine. From this confluence of events we consider the current market to be one of the most attractive for investment in the last two decades and the best since 2005.

Part of the appeal of the market is that unlike most of the other countries of the Commonwealth of Independent States (CIS), the Ukraine has yet to enjoy its “catch up” growth where prices start to equalise with the rest of Europe. This has already happened in many of the other neighbouring markets, but the series of revolutionary disruptions to the Ukrainian market in the last two decades mean the virtuous circle of investment and spending has never had a chance to establish itself. That has left asset prices depressed and ripe for a “catch up boom.” 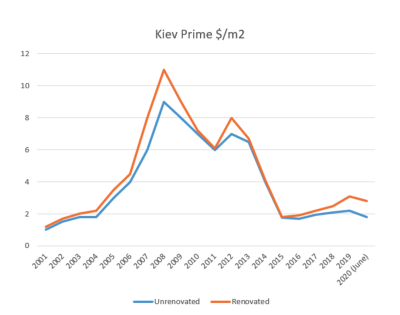 But the market is starting to move now. Ukraine has already climbed to sixth place in the world for growth of property prices, according to UK-based Knight Frank Group in a quarterly study of the Global House Price Index Q3, 2020, up from 7th place in 2Q 2020.

Ukraine, Russia and New Zealand are the countries where residential property prices have grown over the past four quarters at the highest rates, says Knight Frank. The average cost of real estate in Kyiv increased by 11.2% on an annualised basis in the second quarter of 2020. In terms of price growth, the Ukrainian capital took 11th place among 150 cities in the world.

The growth in prices is partly being driven by the reappearance of mortgage lending that restarted last summer. For the first time since the beginning of 2017 mortgage loans grew faster than consumer loans. If in December 2019 you could take out a loan for real estate at 19-20%, then today, given that state banks offer programmes at 10%, the average rate on the market is about 12-13%. Low inflation and a decrease in the discount rate to a record level for Ukraine of 6% made it possible to lay the foundation for low rates.

Demand is also being driven up by the loss of supply. The economic shocks of recent years have stymied developments and the sharp decline in new construction in the first half of 2020 resulted in a sharp 41% fall in the number of residential square metres available in Kyiv compared to the same period of 2019.

"As of October, the value of home mortgage loans was up 23% year on year to almost $100mn. The average loan size is a modest $26,000, and 87% of these loans are for second homes – a dacha," reports the National Bank of Ukraine. The secondary home market is more popular because interest rates are lower (an average of 14.3%) than for first homes (17.2%), because of the additional collateral.

Market participants are anticipating that Ukraine’s residential real estate market will follow the same trajectory as Russia’s, which has been running a highly successful subsidised mortgage for several years now.

The Central Bank of Russia (CBR) estimated in October that its mortgage programme accounted for 90% of all new loans in the housing market in 2020. The side-effects have been a boom in the residential property market (particularly in Moscow), where the prices of newly built apartments rose by 21% y/y in Q3 and the volume of new mortgage loans climbed by 90% y/y in the three months to November.

However, despite this rapid growth Russian borrowers remain some of the least leveraged in the world. The CBR estimates that less than 6% of Russia’s population has mortgages. And as we argued previously this summer, we think that low interest rates will become the norm in Russia once rate cuts resume, possibly later this year.

Ukraine’s market has even more room for growth than Russia’s. Household debt accounted for 5.3% of the country's Nominal GDP in December 2019, compared with 5.6% in 2018. It has fallen since. Lending reached an all-time high of 28.3% in December 2008.

In the latest reports, Ukrainian household debt reached a paltry $7.9bn in September 2020. Money Supply M2 in Ukraine increased 31.9 % y/y. The country's non-performing loan (NLP) ratio stood at 48.5 % in June 2020, but has been falling steadily, albeit slowly, for several years.

Working against an imminent boom are all the structural problems Ukraine still faces. A dysfunctional judicial system and government corruption were cited as the top two investor turnoffs:  94% of respondents to a recent business survey believe that a weak judicial system is one of the reasons for Ukraine′s low investment attractiveness.  Enough time has been wasted, so now the country needs proper decisive actions to improve the business climate and economic development. If this problem is not solved, it will decrease the number of banks that lend, but more likely simply lead to continued boom/bust cycles as banks pile in on lending and then completely withdraw. 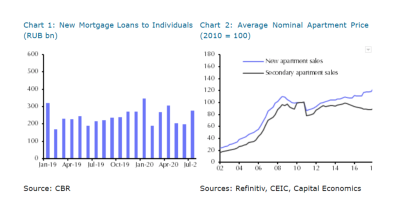 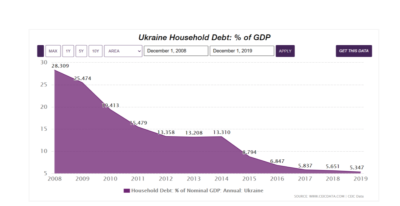 Ukraine local bonds are back