COMMENT: What did Hunter Biden do in Ukraine and why was he hired? 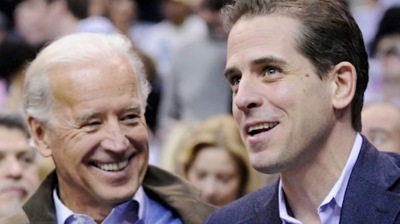 The NY Post has released fresh allegations against Hunter Biden, the son of the former US VP, exposing the lobbying by Ukraine firm Burisma. But why was Biden hired and what exactly was Burisma up to?
By Robert Homans in Washington DC October 20, 2020

I am not going to delve into the recent revelations published last week in the “NY Post,” about Hunter Biden and his father, the former Vice-President of the United States, except to say that Vadym Pozharskiy, the Burisma representative who, according to the NY Post, allegedly met with the then-Vice-President of the United States after being introduced by Hunter, was a frequent visitor to Washington, DC during the time in question, 2014-2016. Therefore it was entirely possible that Pozharskiy could have met with Vice-President Biden during one of his frequent visits to Washington, as the NY Post has alleged.   Whether Vice-President Biden took the meeting with Pozharsky or not is an open question but regardless, it is likely tangential to why Hunter, and Devon Archer, were hired as Burisma Directors, which is my focus.

In the interest of full disclosure:

Leaving the revelations from the NY Post aside, from reading the Report of the Senate Committees on Finance and Homeland Security (the Report) https://www.hsgac.senate.gov/imo/media/doc/Ukraine%20Report_FINAL.pdf, and being personally present in Ukraine during 2014 & 2015, it seems quite possible that Hunter, along with the law firm of Boies, Schiller & Flexner, where Hunter had previously worked as Of Counsel, were both hired to assist the CEO of Burisma, Mykola Zlochevsky, in lifting a $23mn asset freeze placed on his accounts in the United Kingdom by the UK Serious Fraud Office (SFO) at the request of the interim Government of Ukraine, the government that assumed power after former President Yanukovich fled Ukraine.

I believe it is important to try to understand the following:

Regardless of the answers to these questions, relating to why Hunter was hired and the role of Boies Schiller, I come to the following conclusions:

Returning to the possibility that Hunter Biden’s assignment, upon becoming a Burisma director, was to get the UK SFO to lift the asset freeze on Mykola Zlochevsky, on Page 66 of the Report there’s the following timeline (I have added the references to Yanukovich’s departure from Ukraine, the likely time of the placement of the asset freeze, and Ambassador Pyatt’s speech in Odesa:

Late February/early March 2014: the new government of Ukraine asks the UK Serious Fraud Office to put an asset freeze on money held in account(s) in the UK belonging to Mykola Zlochevsky, a Minister in former President Yanukovich's goverment in addition to being CEO of Burisma. The UK SFO complied with Ukraine's request. The freeze request was one of many that were made to the UK, Switzerland and Latvia, to name three countries, against officials in former President Yanukovich's government.

September 16, 2014: Burisma wires $33,039.77 to Boies Schiller. According to the Homeland Security Report, Page 66, both payments to "Boies Schiller," this one and the $250,000 wired to Boies Schiller on May 7, 2014, were accompanied by notes stating that the payments were for "legal and consulting services".

September 2015: Geoffrey Pyatt, former US Ambassador to Ukraine, makes a speech in Odesa, where he demanded that Viktor Shokin, Ukraine’s Prosecutor General, give the UK Serious Fraud Office the information that the SFO has requested, namely proof that the money in Zlochevsky's frozen accounts has been stolen, information that the SFO required in order to maintain the freeze and return the money to the Ukrainian People. Shoken never provided the information, so the UK SFO had no other choice but to release the freeze on Zlochevsky’s account.

It appears that Hunter Biden’s possible role in helping Zlochevsky lift the UK SFO’s asset freeze fits the timeline. At the same time these events, described in the Report, were going on, Russia, after invading Crimea, was invading Donbas.

Page 66 of the report also states that the initial payments that Burisma made to Hunter for his service on Burisma’s Board were run through Boies Schiller. Why?

Also, the report states that on several occasions George Kent, Deputy Assistant Secretary of State, told the committee that he was concerned that Hunter's actions on the Burisma board were at cross-purposes with US government policy. George Kent also stated that at about the same time, he contacted Vice-President Biden’s office to express the same concerns.

If one were Mykola Zlochevsky, and one had $23mn tied up in the UK under an asset freeze, what would one do? One might hire the biggest and best legal horsepower you can find (Boies Schiller), along with a well-placed influence peddler (Hunter), who happens to be the Vice-President's son, to get the UK SFO to lift the asset freeze. I'm sure that Burisma/Zlochevsky also hired UK Counsel to assist but, in retaining Boies Schiller, Hunter, and also Blue Star Strategies, a Washington, DC lobbying shop, they got the legal horsepower to help lift the asset freeze and, if one believes the NY Post revelations, access to the Vice-President of the United States and the point man for the US Administration’s Ukraine Policy.

Were the "legal and consulting services" provided by Boies Schiller, along with Hunter’s presence on Burisma’s board, for the purpose of getting the UK SFO to lift the asset freeze on Zlochevsky? If the answer is “yes”, then Hunter, at least, was working at cross-purposes with stated US policy for Ukraine, which was, and is, to help Ukraine eradicate corruption and, in addition, to recover the billions of dollars stolen by Yanukovich and his associates, including Mykola Zlochevsky who was Ecology Minister in Yanukovich’s government.

It is very important to understand the message that almost all Ukrainians get, when they see the progeny of a powerful individual sitting on the board of any business, not to mention one like Burisma that is commonly believed to be corrupt. Use of family connections to obtain positions of responsibility is a common practice in Ukraine. The most egregious example was Alexander Yanukovich, who progressed from being a humble dental student at the time his father began his presidency, to becoming a tycoon worth over $200mn, all in the span of four years. With respect to Hunter Biden’s presence on Burisma’s board, the significance of this “message” to Ukrainians was certainly not lost on senior officials of the US Embassy in Kyiv, especially those intent on imploring Ukraine to crack down on corruption and nepotism, as well as maintaining the reputation of the United States as a paragon of clean government.

At around the same time Hunter Biden joined their board, Burisma sponsored several events at the Atlantic Council, attended by their representative Vadym Pozharsky, and, according to the report, Burisma hired Blue Star Strategies for the purpose of setting up meetings at the State Department on Burisma’s behalf. It would seem as if hiring Hunter Biden and Devon Archer, and Blue Star Strategies, along with getting the Atlantic Council to hold several events where Burisma was the sole sponsor, were all part of an effort by Burisma to burnish their Washington, DC image, and well-respected local institutions seemed to be only too happy to be of assistance to them.

Hunter Biden and his business partner, Devon Archer, were only two examples of a troubling habit of American individuals and professional services firms, from both sides of the political spectrum, enriching themselves from relationships with Ukrainian clients, often corrupt. This includes individuals and law firms, as well as consulting firms and Washington, DC “think-tanks.” Many of the indictments and sanctions coming out of the Mueller Investigation were directed at American individuals and firms engaged with Ukrainian clients, the most notable being Paul Manafort, but he was by no means the only example.

This practice of Americans and American professional service firms enriching themselves from work in Ukraine has the effect of damaging the reputations of both Ukraine and the United States. In addition to those receiving the money from this work, the other beneficiaries are obvious. Hunter Biden is only one example.

Now Central Asia has opened up, its major resources mean the rest of the world is paying more attention.

ING: Hungary's inflation is back to 2012 levels and above 5%

Headline inflation significantly accelerated in April, reaching a level not seen since end-2012. Fuel and tobacco triggered the acceleration, and there's more to come.

On April 13, 2021, President Mirziyoyev introduced a sweeping set for reforms to the capital markets that deal with a slew of lingering problems. The state is planning to use the local stock exchange to privatise many of its industrial crown jewels.

Visions of a new roaring twenties are seductive but climate change and geopolitics pose threats.

RIMMER: The Zoom when it happened

If you want to mingle with the unelected and corrupt cabal at the apex of the Russian regime, what better way of effecting an introduction than by hiring the erm, corrupt and unelected cabal squatting atop ours? Prince Michael of Kent is available.

MACRO ADVISORY: The five Stans back in the Game
13 hours ago
ING: Hungary's inflation is back to 2012 levels and above 5%
21 hours ago
AFC CAPITAL: Uzbekistan’s Capital Markets Development Agency restructured as privatisation looms
21 hours ago
10 megatrends shaping emerging Europe in the post-pandemic 2020s
3 days ago
RIMMER: The Zoom when it happened
3 days ago