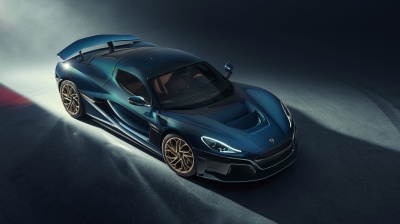 Croatian electric supercar producer Rimac Group said on June 1 it has raised €500mn in a series D investment round, putting the company’s value at over €2bn.

The fundraising was led by SoftBank Vision Fund 2 and the private equity business within Goldman Sachs Asset Management, with participation from existing Rimac shareholders, including Porsche and InvestIndustrial, the company said in the statement.

Mate Rimac, CEO and founder of Rimac Group, remains the largest shareholder of the company.

“This latest Series D investment reflects Rimac’s success both in developing and delivering high-performance electrified vehicle components and in-house-developed hypercars. The funds will be primarily used to further develop Rimac Technology as it commences large-volume series production for global OEMs,” the company noted.

Rimac has been rapidly expanding and has become a significant global player. In November 2021, it launched a joint company with Bugatti Automobiles, Bugatti Rimac. The Rimac Group is the majority shareholder in the new company, with a 55% stake.

Meanwhile, the company started building a campus near Zagreb to accommodate all its operations. The Rimac Campus will also become the HQ of Bugatti Rimac which is responsible for the future development of both the Bugatti Automobiles and Rimac Automobili hypercar brands.

“Rimac has ambitious growth plans in the next few years, and we are humbled by the support of significant new investors like SoftBank Vision Fund 2 and Goldman Sachs Asset Management believing in our vision. Our gratitude also goes to Porsche and InvestIndustrial who have played an important part in our success so far and reinforced their support with new investment,” Mate Rimac commented in the statement.

As the company intends to rapidly scale up its operations, it intends to hire 700 people in 2022, open new offices in several locations across Europe and expand its new production facilities at the campus.

“We’re witnessing a rapid demand for electrification in an industry facing significant challenges adapting to this technological shift. Rimac has quickly established itself as a leading EV technology partner to global OEMs supporting their transition to an electric future. We are pleased to support Mate and his team in building on this success and taking Rimac to the next level,” Jimi Macdonald of SoftBank Investment Advisers commented in the statement.

Building on the expertise it has gained from developing the all-electric Rimac Nevera hypercar, the company has subsequently developed a range of products. Its tech division, the recently divested Rimac Technology, has already undertaken partnerships with global brands including Porsche, Hyundai, Automobili Pininfarina, Koenigsegg and Aston Martin.

bneGREEN: Fit for 55 – not fit for purpose
BRUEGEL: National policies to shield consumers from rising energy prices
Croatia’s PM to fire INA managers if they refuse to resign over corruption scandal