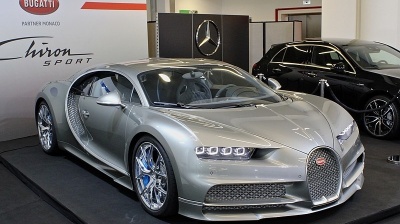 Croatia’s Rimac Automobilii is understood to be close to a deal with VW Group to acquire luxury automaker Bugatti, according to reports from the specialist motoring press.

The anticipated deal would involve Bugatti being transferred to the Croatian company via its shareholder Porsche, which in exchange would increase its stake in Rimac.

VW executives have reportedly already approved the deal, as the company’s focus shifts away from luxury car brands acquired by its former CEO, the late Ferdinand Piech, and it is awaiting approval from the supervisory board.

It’s just 11 years since the youthful Croatian entrepreneur Mate Rimac founded his company, that has attracted investment from Porsche, South Korean carmaker Hyundai Motor Group and other major companies in the auto-manufacturing field as they look to an electric future.

Rimac Automobili develops and produces EV components and manufactures electric super-sports cars. The company has come a long way since it grew out of Rimac's hobby of building and racing electric cars, which began after he converted his BMW 3 Series into an electric car, as bne IntelliNews reported in 2016 following an interview with the company.

Porsche took a 10% stake in Rimac Automobili in 2018 as part of its electrification efforts. More recently, Hyundai signed a €80mn strategic partnership deal with Rimac Automobili, according to which the two companies will collaborate on the development of high-performance EVs.

Prior to the current reports of an acquisition, Bugatti was reported in August to be in talks with Rimac as it explored opportunities in the EV industry.