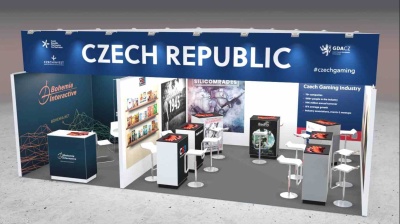 “As the gaming industry is an important sector of the economy, it also needs support in terms of education, investment and, last but not least, funding. Interest in gaming is constantly growing and it is expected to continue to grow in the future. However, in order to maintain this trend and use the full potential of the field, we need more support from state authorities,” said the association chairman Pavel Barak.

The gaming industry in the Czech Republic employs more than 1,750 people, of which the largest share are programmers (21%) and graphic designers (19%). At the same time, 280-300 new job opportunities are opened every year. However, on the other hand, more than 60% of companies reported a lack of employees.

The vast majority of customers are from the US, Germany, the UK, Russia and China.

The gaming industry is an important part and driver of the digital economy, with digital game distribution growing significantly and already outpacing distribution in the stores. It is also one of the cultural and creative industries and its size far exceeds the turnover of Czech film and television production, the association stressed.

ACGD complains that systematic state support remains insufficient. A package of comprehensive support measures and tools needs to be adopted, in particular in the areas of visa programmes, direct and indirect support for start-ups and long-term support for specialised training.

“ACGD is actively cooperating with state authorities in this regard and strives for broader support for the gaming industry. We have the opportunity to communicate our needs directly and actively participate in the development of the business environment. The main goal is to work together to develop educational programs for future developers, improve the conditions for the development of games in the Czech Republic and make a significant contribution to the growth of this industry,” Barak added.

The Movial office in Iasi will become the fourth technology development centre in the region for Microsoft.