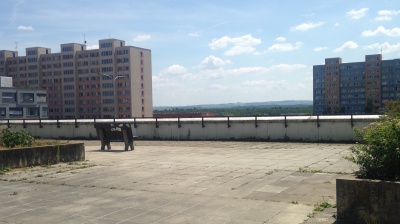 The populist ANO party came second in Prague and the far-right SPD gained its first seats on the city council. / bne IntelliNews
By Albin Sybera September 26, 2022

Czechs backed populist and far-right parties in municipal elections across the country at the weekend, as the centre-right government struggled to contain anger over the worsening cost of living crisis.

The populist ANO party of former premier Andrej Babis came first in eight of 13 regional capitals but was only second in the two largest, Prague and Brno.

The far-right and anti-EU SPD of Tomio Okamura made significant inroads in larger cities across the country, nearly tripling their overall number of municipal representatives from 161 to 492, and they will be represented in Prague for the first time.

Voters also elected three new senators in the 27 districts where voting for the third of Senate seats took place, with the other 24 contests going to run-offs. ANO could significantly strengthen its position in the Senate after winning one seat in the first round already and making it to the run-off in 17 districts in the second round.

Parties in the five-party governing coalition led by Petr Fiala’s rightwing ODS will be in 19 contests but will retain its majority in the Senate no matter the outcome is in the remaining 24 Senate districts.

Fiala stressed that ruling parties had stood for election at a “difficult time”, and insisted that the results were a success also for his party. “This is really a success, in regional cities we have made gains compared to the election four years ago”, he said. The governing coalition was ahead of ANO in five of the 13 regional capitals.

For his part, Babis praised ANO’s second place in traditionally centre-right Prague. “It is a success because we lost the general election in 2021 mainly in Prague where we had some 14%,” Babis said of ANO’s 19.34% election result in the capital.

Babis praised ANO’s leader in Prague Patrik Nacher who “showed to be the best at debates […] he speaks to the point [and] is well informed”. Nacher was quoted as saying during the campaign that he has “an issue with the progressivist mainstream” but he otherwise avoided a confrontational tone in televised debates and tried to portray himself as a serious and constructive politician.

Local media pointed out he also built a common narrative with Prague ODS leader Bohuslav Svoboda, highlighting that ANO and ODS have more in common than the ODS and the other main Prague parties, the Pirates or grassroots party Praha Sobe (Praguers for themselves), and reinforcing fears ANO and ODS could join forces to form a coalition. ODS ran together with Christian Democrats and TOP 09 on the SPOLU ticket for the Prague list, copying their cooperation with the two other parties on the national level.

Leader of the list, veteran ODS municipal politician Bohuslav Svoboda, distanced himself from Praha Sobe, which has been part of the incumbent ruling coalition in Prague together with the Pirates and the joint list of TOP 09, STAN, Christian Democrats and smaller parties. Svoboda has said he prefers a coalition for Prague which would involve parties from the national government, that is SPOLU, Pirates and the Mayors.

Mayor of Prague Zdenek Hrib (Pirates) also praised his party’s result (17.73%) in a Sunday Facebook post and added that the Pirates had already discussed possible post-election arrangements with some of their current coalition partners, Praha Sobe and the Mayors and Independents party (STAN).

“We certainly do not want to rule with extremists and we don’t want to see criminally prosecuted people in the city council”, wrote Hrib. If Pirates stick to Hrib’s statements this could be a problem for SPOLU, whose high-profile Christian Democratic leader in Prague Jan Wolf is facing criminal charges for his role in the distribution of sports subsidies in the city.

Hrib’s statements are also in line with Praha Sobe, whose leader Jan Cizinsky said ahead of the elections that his party’s goal is to exclude all the people linked to the Dozimetr affair – a kickbacks scandal at the Prague Transportation Company – from  posts in the city. On Sunday Cizinsky reiterated on Twitter that Mayors, Praha Sobe and Pirates sticking together is the only way to deliver on a pre-election promise not to rely on votes of compromised politicians.  The scandal, which mainly involved the Mayors party, appears to have hit their vote across the country.

The left also performed poorly around the country. In traditionally centre-right Prague, the leftwing bloc Solidarita, led by the Greens and Social Democrats,  recorded a mere 2%.

Next weekend is likely to see further gains by ANO in the Senate’s second round, with Babis being very vociferous about the upcoming run off between Milos Vystrcil and Jana Nagyova which he described as “clash between injustice and that post-November [1989] cartel” of the traditional prties.

Babis and Nagyova are standing trial for fraudulently obtaining a €2mn subsidy and if Nagyova succeeds against the incumbent Senate President Milos Vystrcil (ODS) the trial will have to pause as Nagyova will automatically obtain Senate immunity.

Babis has been turning the trial into a show for his electorate, denying the charges and claiming that corrupt elites have been after him because he challenged the post-1989 political establishment. “These are politically motivated criminal charges. I am not saying it is a trial. Let’s hope truth prevails and that we have an impartial judiciary and that it ends well”, he told Czech Radio when commenting on the election results.

Some local commentators also highlighted that the country is deeply split between large cities and rural regions and peripheries. Whereas in large cities liberal parties maintain their hold, in the regions and peripheries populist, extremist and anti-establishment parties continue their rise, exploiting a host of unresolved social issues and the deepening energy crisis.  Czechia has some of the deepest economic gulfs in the EU between the capital and depressed coal mining regions such as North Moravia and the northern region around the city of Usti nad Labem.