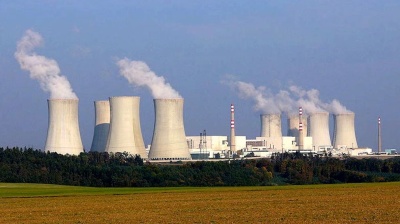 The Czech government has decided to lend money to state-owned utility company CEZ for the expansion of the Dukovany nuclear power plant, said Minister for Trade and Industry Karel Havlicek, daily Hospodarske Noviny reported on May 28.

The state should contribute 70% of the expected price of €6bn. The government approved agreements for a framework deal for a new block to come online in 2036.

Czech Prime Minister Andrej Babis stated that he will present all contracts to the representatives of parliamentary parties before their final approval, stressing that the construction of the power plant is a long-term project which will not be implemented by the current government.

Environmental organisations are, however, not in favour of the government's proposal. “The law on the support of new reactors is a blank cheque for the construction of reactors with electricity consumers’ money,” said energy expert at Duha Movement Karel Polanecky, quoted by daily iDnes.

“Every responsible public official should reject this. And even the biggest enthusiast for nuclear energy cannot responsibly approve it without discussion and debate in the committees,” Polanecky added.