E.ON offers its assets in Czechia, Hungary and Germany for sale to overcome EC concerns over Innogy 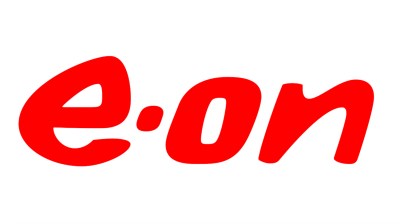 German energy company E.ON offered to sell several assets to overcome the concerns of the European Commission (EC) over its bid for competitor Innogy’s network and retail assets, as reported by Reuters on June 25.

Amongst the assets E.ON is considering selling are part of its retail business in Hungary, its Innogy’s retail electricity and gas activities in Czechia as well as 260,000 heating customers, the operation of recharging stations for electric cars and Autobahn motorway network in Germany,

“European households and business customers should be able to buy electricity and gas at competitive prices. Our in-depth investigation aims to ensure that the acquisition of Innogy by E.ON leaves sufficient competition in the market to allow for this and does not lead to price increases,” said EU Commissioner Margrethe Vestager.

As reported by daily E15.cz, E.ON and German energy company RWE, which controls Innogy, are engaged in a complex asset swap. E.ON acquires Innogy assets as part of a complex asset exchange agreement with RWE. E.ON, after completing the agreement, will focus on the distribution and retail supply of electricity and gas, and RWE will be primarily active in electricity generation on wholesale markets.

“The Commission's initial investigation has shown that the parties have a strong combined market position in several retail markets on a national or sub-national level in Germany, Czechia, Slovakia and Hungary. The proposed acquisition will remove a significant competitor in the retail supply of energy in these four Member States,” the EC report stressed.

According to Reuters, E.ON made the concessions a week ago, based on EC filing. “E.ON needs to divest the many participations in municipal and regional utilities in Germany. … Only that way you can avoid E.ON simply crushing smaller competitors in the power retail and distribution grid operating businesses,” said a board member at Naturstrom AG Tim Meyer, as quoted by Reuters.

In February 2019, RWE acquired a 50.04% stake in Czech distribution grid operator Innogy Grid. “With this acquisition RWE takes a further step in implementing the agreed transaction with E.ON. It is also planned that E.ON will acquire the stake in IGH in connection with the planned takeover of Innogy SE,” the company stated in its press release. According to the planned deal, RWE will combine the renewable assets of Innogy and E.ON to become the third-largest energy player in Europe.

The Innogy Group Czech Republic provides natural gas, electricity and other services for about 1.7mn Czech customers. Its share in gas distribution in the Czech Republic is about 86%. Innogy recorded a decrease in its net profit by 14% to CZK9bn (€349.85mn) year-on-year in 2018, affected mostly by last-year warm weather. Its revenues decreased by 0.5% to CZK42.5bn (€1.65bn) y/y.