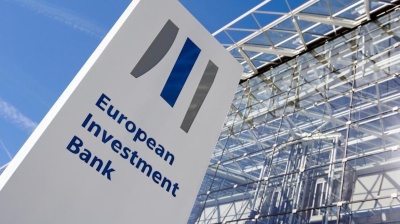 The European Investment Bank (EIB) has appointed Alessandro Bragonzi the new head of the regional representation for the Western Balkans, the EIB said on January 26. Bragonzi will replace Dubravka Negre, whose mandate has expired.

As the largest investor in the region, the EIB has unlocked over €8.6bn of investment in infrastructure and private sector development in the Western Balkans since 2009.

“We are confident that Mr. Bragonzi will be able to build on past achievements and make a considerable contribution to the Bank’s activity in the areas of transport connectivity, SME and vital infrastructure development, digitalisation, the green transition and innovation,” EIB vice-president Lilyana Pavlova, who is responsible for the Western Balkans, said in the EIB statement.

Pavlova noted that the EIB is looking forward to rolling out our new initiatives for the region to assist the recovery from COVID-19 and the economic transition towards a sustainable, connected, digital and green common market.

"The EIB’s priority is to strengthen economies and healthcare systems while fighting for a smart and green recovery," Bragonzi stated when taking on his new role.

He said that the priority of the EIB is to scale up renewable energy and energy efficiency, support sustainable transport, increase the availability of social and affordable housing and access to water and help companies in the sectors most impacted by the pandemic.

Prior to this position, Bragonzi served as the EIB’s representative for Albania, responsible for institutional and operational activities of the country, as well as of North Macedonia and Kosovo.

The European Central Bank (ECB) said on February 4 it has decided to extend its temporary swap and repo lines with non-euro area central banks by nine months, aiming to help them meet their ... more

Overhaul of Albanian railways starts with funding from EBRD and EU

Albania has signed a contract with Italian company INC Spa on the rehabilitation of part of its rail network as a first step in the overhaul of the country’s railways.  The contract covers ... more