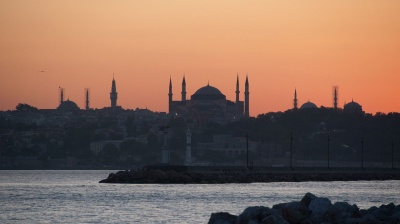 Is the sun setting on Turkey as an emerging market?
By bne IntelIiNews June 25, 2020

If Morgan Stanley Capital International (MSCI) ejects Turkey from its emerging markets index it could suck almost a billion dollars out of the country’s stock markets, an economist has advised clients.

As reported by bne IntelliNews on June 24, MSCI is considering launching a consultation on a proposal to reclassify the MSCI Turkey Index to the Frontier Markets or Standalone Markets status if the accessibility level of the Turkish equity market further deteriorates.

Charles Robertson, global chief economist at Renaissance Capital, responded to the development with a note determining that some $900mn was at risk because asset managers that track the MSCI main emerging market index would have to liquidate if Turkey was booted out.

“Turkey’s importance has been shrinking as investors have increasingly steered clear of an unpredictable economy led by a president who believes higher interest rates create inflation,” Robertson wrote, adding: “A downgrade would be embarrassing for Turkey.”

Turkey’s corporate sector is hugely dependent on foreign investment flows. Investors are still suffering their latest bout of the jitters on the Turkish market since the Turkish lira (TRY) sank to an all-time low in May. Turkey’s economy, already fragile following the recession triggered by the August 2018 lira crisis, has now been battered by the effects of the coronavirus (COVID-19) pandemic on domestic demand, tourism and exports. A second recession within two years is on the cards, while the central bank has burnt up reserves attempting to defend the national currency.

A consultation launched by MSCI would only be the first step in the process leading to ejection. Starting a consultation would not automatically lead to a decision to pull Turkey from emerging markets status. But Turkey has a difficult relationship with foreign investors and news of Morgan Stanley’s doubts about Turkey can only add to the disquiet.

MSCI said the introduction of short selling bans in October 2019 and stock lending bans in February 2020 had hindered access from abroad to Turkish shares.

Turkey had a weighting in the MSCI emerging market index of nearly 2% at the end of 2014, but it has now shrunk to 0.4%.

While foreign investors represent only 0.8% of the total Borsa Istanbul investor base, they account for around a quarter of its daily trading volume, according to Reuters. Also, non-residents now hold only around 6% of Turkey’s sovereign debt compared with 29% in 2013.

Kim Catechis, head of investment strategy at Legg Mason affiliate Martin Currie, told the news agency he expected MSCI would not eject Turkey from its emerging markets index for at least a year.

Romania officially becomes an emerging market
9 hours ago
Hackers release another 1,000 Belarusian police officers' names after OMON again ratchets up violence at weekend rallies
9 hours ago
Cargolux launches Shenzhen-Budapest cargo flights
10 hours ago
US flips Security Council the bird on Iran
1 day ago
Skopje tries to fix row with Bulgaria over revolutionary hero that could derail EU bid
2 days ago