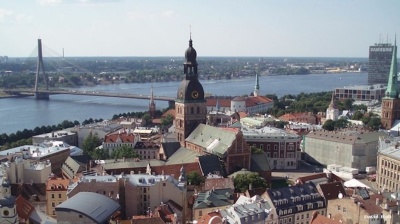 NPLs have dropped in emerging Europe in recent years but remain above the EU average in Albania, Bulgaria and Latvia.
By bne IntelliNews June 18, 2020

Banks in Central, Eastern and Southeast Europe (CESEE) are facing a likely new surge in non-performing loans (NPLs) as a result of the coronavirus (COVID-19) pandemic, says the latest Vienna Initiative NPL monitor for the CESEE region.

This comes after a steady decrease in NPL ratios across the region over the last few years as banks worked through the legacy of the international financial crisis of 2008. 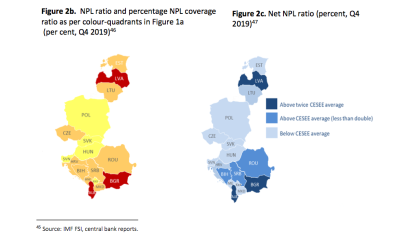 According to the report, banks in the region today are in better shape to handle the shock and an upturn in NPLs.

Given the unprecedented nature of the current crisis, there is still uncertainty as to how deep the impact on banks and broader economies will be, though as the report says: “The looming aftermath of the lockdown implemented across jurisdictions will bring macroeconomic and sectorial contractions, with a likely new surge in NPLs”.

“While banks are better equipped to tackle new flows of NPLs than during the prior financial crisis in 2008, the measures taken in the coming months to pre-empt and prevent a rise in the number of distressed borrowers will be defining,” it adds.

The fear among regulators and banks is that high volumes of new NPL inflows will emerge once the economic effects of the crisis begin to materialise. “This is especially true for the most vulnerable sectors (for example, tourism, aviation, catering) and customers (such as small and medium-sized enterprises [SMEs], consumer financing), with risk contagions and knock-on effects on entire industries and economies,” it says.

In addition, while most governments in the region have extended support packages that include mitigating loss of income for companies and individuals, such as payment moratoria, loan programmes and similar measures, the report warns: “these measures are temporary in nature and many banks are likely to face a cliff-edge effect of new distressed borrowers when these measures expire.”

Specifically, three waves of new NPLs are anticipated, though this will depend on the progression of the pandemic and how quickly economies bounce back.

It forecasts an immediate “spike” adjustment in 4Q20, followed by a second, slower and more spread-out wave from 2H20. A third wave will then follow towards the end of 2021, “resulting from the knock-on effects of failures between sectors and across supply chains”.

The report also proposed a series of measures for banks to take to prevent “at-risk” customers from becoming distressed, and thereby reduce the negative impact on their loan portfolios. This starts with reviewing their loan portfolios and gathering data on borrowers affected by the pandemic and relevant sectors, through to developing stress test models and drawing up an action plan to mitigate the risks identified.