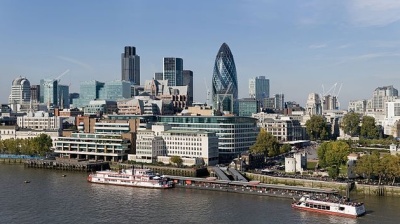 Softline started life as a local software seller with 10 employees. On October 27 it went public, raising around $400mn in the process.
By bne IntelIiNews October 27, 2021

International digital transformation and cybersecurity solution provider Softline announced the final offer price in its London IPO on October 27. Securities issued in the listing will be set at $7.50 per global depository receipt (GDR).

Shares of the company, which announced its intention to float on September 30, began trading on the London and Moscow stock exchanges on October 27. As a consequence of the offering, Softline now has a total market capitalisation of around $1.5bn. Further funds could be raised through the sale of up to 8mn more shares made available by existing shareholders in an over-allotment option.

Softline’s founder and chairman Igor Borovikov said: “Today is an extremely proud day for the whole company. Softline began as a local software reseller with 10 employees and has grown into a global emerging markets’ IT leader, with a c. 6,000-strong world-class team working in 50+ countries. With the IPO now complete, we are remarkably well equipped to further reinforce our market position while continuing our trajectory of fast and profitable growth.”

Based on the offering price, the company has raised around $400mn in the IPO. Softline plans to use the proceeds of the offering to fund growth, including through its M&A strategy, developed in conjunction with anchor shareholder, DaVinci Capital, which bought into the group four years ago. With the help of a dedicated team which pursues M&A opportunities to diversify the company’s portfolio of strategic assets, it has already completed 16 M&A transactions since 2016. In a recent exclusive interview with bne IntelliNews, Borovikov explained that international growth was central to the company’s model, with a particular focus on emerging markets.

The company, which started in Russia but has its headquarters in London and now operates in over 50 countries, previously became one of the few tech players of Russian origin to issue bonds, placing exchange bonds in October and April 2020, as well as in December 2017.

Borovikov described his company as a consulting group focusing on software asset management in emerging markets, information and IT security, cloud and future datacentre, as well as a digital workplace for corporate clients. It is a Microsoft Global Partner, and serves large clients around the world, including Coca-Cola and Citibank.

bne IntelliNews has been following the story since 2018, when Softline was among the Russian mid-caps expected to IPO in the next two to three years.