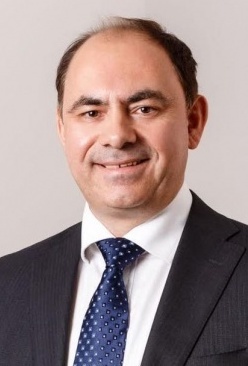 The company was founded in 1993 by Igor Borovikov, who had just graduated from the Lomonosov university with a degree in maths. Softline started life as a software reseller. The Soviet Union had collapsed two years earlier and one of the first Western products to arrive in the newly minted Russia was Western software.

For the next 17 years Softline built this business up but computing was changing rapidly and in 2000 Borovikov decided he needed to diversify. From a local software reseller in Russia, with 10 employees, the company has grown into a global IT solutions and services provider, which focuses on emerging markets, and has over 5,000 employees operating in over 55 countries.

The company had originally concentrated on selling Microsoft products and retains a very close relationship with the company today as a Microsoft Gold Partner with more than 20 years of collaboration, and one of only six Microsoft globally managed Licensing Solution Providers (LSPs).

But as of 2021, Softline serves over 150,000 clients and partners with over 6,000 software and hardware vendors, including Kaspersky, Oracle, VMWare and HP, in addition to Microsoft.

Softline expanded geographically. In the early phase Softline served Russia, spreading to companies throughout the regions and then into the Commonwealth of Independent States (CIS), but today it is an international company with customers in over 50 countries and with a turnover of $1.8bn.

“Russia still makes up about half our business, but we are a truly international company now,” Softline CEO Sergey Chernovolenko told bne IntelliNews in an exclusive interview. “We serve all the big markets but we have a focus on the emerging markets, as the growth potential in those markets is bigger.”

The growth has been strong: in the last three years revenues have risen from $1.2bn to $1.8bn as the company adds more vendors and deepens relations with the existing ones. The largest growth in 2020 was in the segments of cloud services (47%), hardware solutions (12%) and software subscriptions (5.1%). These segments now represent respectively 25%, 13.6% and 28.9% of total company turnover. Over half (56%) of the total revenue was from recurring business.

While the business is cash rich and both capex and M&A is mostly financed out of retained earnings, the company also issues some debt to fund its acquisitions. The company established a dedicated M&A team in 2016, based in Moscow and London, and has acquired 10 companies in the last 10 years, all with complementary specialisms.

“Today the total IT market in emerging markets is worth about $250bn, but in five years time the business will be worth about $400bn,” says Chernovolenko. “It is a strong market, but it is also not an easy market. We know how to deal with emerging markets, as it was where we were brought up.”

Softline is not a software engineer, but a combination of reseller and consultant that also provides follow-up services.

“It's more than just being an IT reseller; there is the value-added service element that is a key part of what we do,” says Chernovolenko.

Chernovolenko draws a parallel with copy machines: selling a copy machine was only the start of the relationship with the customer and the margin on the machine was not large. Where copy machine makers made their money was on selling ink. But even that has changed with the advent of the internet as copy machines went online. Now the deal comes with a service element of integrating your copy machine into the rest of the system and allowing connectivity so anyone can access the machine from any device from any location. “That makes managing IT a lot more difficult to do,” says Chernovolenko.

Long gone are the days when all your customers did was buy a piece of software like MS Word for documents or Excel for spreadsheets. Increasingly a company’s work is going into the cloud, dealing with which now makes up almost half of Softline’s work, and cyber-security has become of paramount importance.

“Companies can’t rely on themselves. they need to segregate the duties. They need third-party help to manage all these issues,” says Chernovolenko.

The services that Softline offers depend somewhat on the size of the company. Large companies may have an in-house IT department, where medium-sized companies will outsource more of the work to Softline.

The big clients need experts, says Chernovolenko, that can build bespoke solutions to their problems. Medium-sized clients need scalable services that can grow with the company. All the customers need a different tailored solution that Softline can provide.

“The IT market is difficult to digest. You have multiple cloud applications that allow people to work from anywhere. You have numerous choices that make managing it harder; do you video conference using Webex, MS Teams, Zoom, your own bespoke app? What are the differences? What is best for the company? What about security? These are all complex questions,” says Chernovolenko, naming only one of many issues that clients have to address.

The market has gone through many changes. In the 90s most IT equipment was analogue stand-alone equipment, like copy machines. But from about 2000 onwards the digital revolution began and penetrated into offices, says Chernovolenko.

“It was at that point that the value added became important as companies needed a new infrastructure based around the internet. IT went from meaning “information technology” to “internet technology.” Since then, the advent of the cloud has changed things again. Now a new skill set is needed to tackle this next digital transformation,” says Chernovolenko. “Now the name will change again and it is “app IT”, as apps are driving the IT world.”

Softline is one of only a handful global software service companies that has built up a sprawling network of thousands of partners across the world. It can compete, as it is a scalable business and it can take advantage of its economy of scale. As increasingly business goes into the cloud the need for global reach is more and more important.

“We can share best practices and resources across countries. We have set up hubs in Latin America which can be shared across all the clients in the region that provide better quality solutions at lower prices,” says Chernovolenko.

Most of Softline’s competitors are country-based companies that only service their domestic market, whereas Softline’s global reach gives it a competitive advantage, says Chernovolenko.

The vendor network is important too and Softline has built up a network of thousands that bring in work.

“We deal with many vendors, as we offer a global service, and through our discussions with vendors around the world, we’ve gained a crystal clear view as to where the market is going,” says Chernovolenko. “It means we know what the challenges are and we know how to grow.”

For example, Softline developed an automated brokerage platform five years ago, as it anticipated a growing need that other vendors did not perceive. Now the application has come into its own and has become a competitive advantage as other vendors are now playing catch-up, according to Chernovolenko.

The company also has to roll with the changing geopolitics as Russia has come under sanctions that have affected the exports of software. At the same time, the Kremlin is pursuing a policy of “Internet Sovereignty” where it is pushing Russian companies to dump their foreign-made software in favour of domestically developed software.

“We are mostly unaffected by the politics as we are a global company now,” says Chernovolenko. “As for Russia, the restrictions are not a problem for us, as the shelves are equally stocked with Russian-developed software so we can provide anything that the client wants. We can find a combination for any client to give them any solution they require.”

John Malkovich to turn Skopje into Hollywood of the Balkans
Business Insider: Western tech majors have tested or used controversial Russian face recognition technology
From 4G to 6G: How Russia seeks to develop mobile networks amid shortages of domestic frequency and foreign equipment