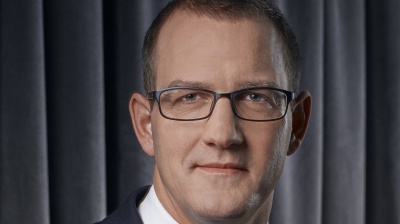 Billionaire Daniel Kretinsky’s strategy of betting on coal has so far paid off spectacularly, as coal assets have been brought back into use to keep Europe's lights on and power prices have soared. / bne IntelliNews
By bne IntelliNews October 6, 2022

Czech-based energy group EPH says it plans to invest €10.2bn in renewables at Lausitz Energie (LEAG),  its German company that operates four lignite mines and four power plants in the east of the country.

The huge investment marks a major shift in EPH's business strategy, which had up until now focussed on coal and gas in a bet that the green transition would take longer than expected.

EPH, which is  owned by the billionaire duo of Daniel Kretinsky and Patrik Tkac, has bought coal and coal-fired power assets such as LEAG at knock-down prices at a time when most investors have turned away from energy sources that hasten climate destruction. This year the strategy has paid off spectacularly, as coal assets have been brought back into use to keep Europe's lights on, as Russia tries to use gas cut-offs to make the West drop sanctions imposed for its invasion of Ukraine.

LEAG is now to build solar and wind farms of a combined capacity of 7 gigawats by 2030, Czech financial daily Hospodarske noviny (HN) reports, pointing out that such output equals  the output of three and a half of Temelins, one of the two Czech nuclear power plants.

“Years ago, Daniel Kretinsky bet on dirty coal, which was already too toxic for many other investors”, wrote Jan Broz of HN, adding that Kretinsky’s “business intuition has paid off” since the current high electricity prices are yielding great profits from coal sources.

This is the second major investment EPH has announced recently after it announced the acquisition of 100% gas-fired power plant Sloe in the Netherlands, which followed French EDF’s nationalisation and disposal of some of its assets.

Its investment into LEAG, which EPH bought together with PPF Investments in 2016 from Swedish Vattenfall amid protests from the public, has been a source of frequent criticism in Czechia and Germany ever since. It was criticised by environmental and energy analysts who viewed it as a cynical and opportunistic way to collect financial compensations for the coal phase-out in Germany, while EPH’s companies continue to pollute in Czechia.

“The rest of Europe is looking to Germany as it makes its way out of coal”, ClientEarth’s lawyer Juliette Delarue was quoted as saying by Reuters last year, adding that ClientEarth is “heartened that the Commission is taking this step to make sure that coal phase-outs are in line with EU law and see that public money is used to best effect”.

EPH may have benefited from the Ukraine war in terms of soaring power prices but the conflict has also hit EPH's gas pipeline business. EPH is  a major importer of Russian gas and Moody’s and Fitch Ratings lowered their ratings for EPH, and its pipeline unit EP Infrastructure, earlier this year, warning against their dependence on Gazprom. EP Infrastructure has been a major cash generator for EPH through  its payments for transporting Russian gas across Slovakia, but these flows have now been largely halted.

EPH has argued, however, that it will be able to compensate for the drop of gas transit payments through its energy production.

“If the [gas] flow is halted […] price of gas, and electricity, will go up and our revenues from the segment of production electricity energy will go up significantly”, EPH spokesperson Daniel Castvaj explained to Czech outlet Denik Referendum in late April on why EPH is not worried about prospects of having its Russian gas payments severed.

Finance Minister Zbynek Stanjura  announced on October 4 a three-year-long 60% tax of net profit aimed at banks with which it plans to collect some CZK25bn (€1bn) annually. Cabinet members also said they calculate on the collection of CZK100bn (€4bn) from energy companies, as well as plan on the transformation of CEZ, but final legislative proposals have not been made public yet.