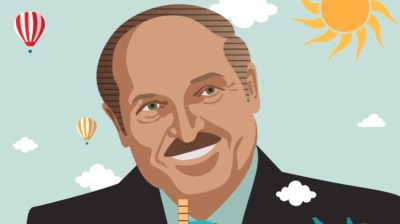 The EU has done a deal within its member states to impose the harshest sanctions ever inflicted on a CIS country on Belarus, which should be finalised this week.
By Ben Aris in Berlin June 20, 2021

The European Union has agreed on a broad package of sanctions on Belarus that target its key sectors, including sanctions on the financial sector, and overcoming objections from Austria, it was reported on June 18.

The sanctions come after Minsk forced a commercial Ryanair flight between Athens and Vilnius to land as it crossed Belarusian airspace, which incensed Brussels and ended with the arrest of Roman Protasevich on May 23, a top opposition blogger who has been living in exile in Lithuania.

It is unclear if the new sanctions package will include a ban on primary and secondary trading of Belarusian Eurobonds, but from what details have been made public it appears that Belarus’ Eurobonds will be included and that the country will be entirely cut off from the international capital markets as a result.

Among the sectors being targeted are Belarus’ potash business, which accounts for about a fifth of the country’s budget revenue, and its refined oil products, ahich make up another third of the country’s GDP. While Minsk should be able to redirect these exports to Asia and Russia, and so the sanctions will not cause the economy to collapse, they will still hurt and increase Minsk’s dependence on Moscow.

The strategy behind the sanctions is to raise the cost for Moscow to support the regime of Belarus' President Alexander Lukashenko to the point where it becomes unaffordable. Currently the Kremlin is estimated to be spending some $2bn-$3bn a year on Belarus in the form of soft loans and debt relief, but the sectorial sanctions could drive that up to $6bn-$10bn, according to various estimates, to a point where the Kremlin might baulk at spending more.

As bne IntelliNews has reported, the Kremlin is already clearly spending as little a possible on keeping Lukashenko in power. At their last meeting in Sochi Putin cleared the release of the second $500mn tranche of a $1.5bn loan, but offered no new money, despite the looming EU sectorial sanctions. The National Bank of the Republic of Belarus (NBRB) has already lost an estimated $1.9bn to currency withdrawals by the population since mass demonstrations broke out following the disputed August 9 presidential elections, and currently has less in hard currency reserves than the three months of import cover that is believed to be a minimum necessary to preserve the stability of the Belarusian ruble.

The imposition of the new sanctions package has been stymied by Austria, which threatened to exercise its veto because the package also targets the finance sector. The Austrian bank Raiffeisen International has major investments in the sector via its ownership of Priorbank, which has been operating in the country for years and has business with most of the biggest state-owned enterprises (SOEs).

However, a deal was struck on June 18 to ban new loans to Belarus, the Austrian foreign ministry and three diplomats said reports Reuters.

Restrictions on the Belarusian financial sector that still have to get a final sign-off by EU governments include: a ban on new loans, a ban on EU investors from trading securities or buying short-term bonds and a ban on EU banks from providing investment services. EU export credits will also end. EU leaders meet again on June 24 to sign off on the new sanctions at a scheduled summit.

"With this agreement the EU is sending a clear and targeted signal against the Belarusian regime's unbearable acts of repression," the Austrian foreign ministry said in a statement, as cited by Reuters.

The new sanctions are the widest ranging ever imposed on an Eastern block country and specifically go after economically valuable sectors for the first time.

The sanctions also include restrictions on EU purchases from Belarus of tobacco products, as well as oil and oil-related products, and a ban on importing potash.

There will be exemptions in the financial sanctions for humanitarian purposes, while private savings of Belarusian citizens will not be affected, one of the Austrian diplomats said.

The EU has already imposed three rounds of sanctions on individuals, including Lukashenko, since last year, freezing their assets in the EU and banning travel in a set of sanctions that are seen as mostly symbolic, as ties between Belarus and the EU are extremely weak and its elite does not hold many assets in the EU, unlike their Russian and Ukrainian peers.

Foreign ministers are also set to extend the list of individuals under sanction in an effort to exert pressure on the elite surrounding Lukashenko in the hope they will abandon him at some point, leading to the regime’s collapse. Another 78 people and eight commercial entities linked to Lukashenko are to be included in the blacklist, diplomats said.

Exports of potash – a potassium-rich salt used in fertiliser – are a major source of foreign currency for Belarus, and state firm Belaruskali says it produces 20% of the world's supply.

The EU statistics agency said the bloc imported €1.2bn ($1.5bn) worth of chemicals including potash from Belarus last year, as well as more than €1bn worth of crude oil and related products such as fuel and lubricants.

While the boycott of imports of refined oil products makes up a small share of the EU total imports of refined products, the ban will hurt Ukraine in particular, which is heavily dependent on imports of diesel fuel from Belarus and is already suffering from a shortage of supply. Kyiv has supported the EU sanctions on Belarus and imposed its own sanctions in parallel to those coming from Brussels, including a ban on flights and closing its airspace to the Belarusian state carrier Belavia.