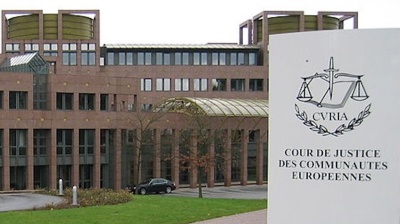 Poland broke EU law by making the retirement age different for men and women in the judiciary, the Court of Justice of the European Union (CJEU) ruled on November 5.

The ruling is yet another blow to the ruling right-wing populists from Law and Justice (PiS) who came to power in 2015 with promises of overhauling the judiciary, which they claimed was a relic of the communist regime, toppled in 1989. PiS won a second term in power in an election in October.

PiS changed the retirement rules for judges working in ordinary courts as well as for public prosecutors in 2017. Women would be entitled to retire at 60 while men at 65. That was a deviation from the general retirement age of 67 for both sexes at the time – which the ruling party changed a year later.

The reform also gave the minister of justice the right to grant judges an opportunity to serve after reaching the retirement age, which was seen as a means of applying pressure on judges by the government.

“[Poland] failed to fulfill its obligations under EU law, first, by establishing a different retirement age for men and women who were judges or public prosecutors in Poland and, second, by lowering the retirement age of judges of the ordinary courts while conferring on the Minister for Justice the power to extend the period of active service of those judges,” said the CJEU in a statement.

The combination of different retirement ages for men and women and the justice minister’s power to keep judges in service is “such as to create … reasonable doubts regarding the fact that the new system might actually have been intended to enable the minister to remove … certain groups of judges while retaining other judges in post,” the court also said.

The court’s ruling no longer refers to the current situation in the Polish judiciary, as the PiS government backed away from the changes as a result of the EU’s probing the issue.

Meanwhile, PiS continues to make politically charged choices with regard to the judiciary. The ruling party nominated three new judges to the country’s Constitutional Tribunal on November 5. Two of the nominees are former PiS lawmakers with a history of notoriety such as using inflammatory language against sexual minorities, as in the case of Krystyna Pawlowicz. The other nominee, Stanislaw Piotrowicz, is a former communist-era prosecutor.

Foot traffic at Russia’s leading malls jumps as rebound gets underway
12 hours ago
Armenia’s coronavirus plight worsens with more than 1,000 more infections in two days
21 hours ago
Authorities “may be sowing seeds of Turkish economy’s downfall” by pumping money at fastest rate for more than decade
23 hours ago
Turkey’s electricity consumption collapses 17% in May
2 days ago
Russian government presents National Recovery Plan to President Putin
2 days ago