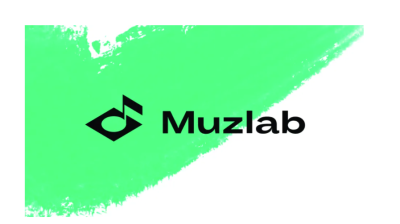 After a new acquisition, Sber wants to become a central player in the Russian digital music market.
By East West Digital News in Moscow April 30, 2021

Sber, the state-controlled financial and digital giant, has announced a binding agreement to fully acquire Muzlab, a leader in the Russian B2B audio streaming market. The amount of the transaction was not disclosed, but industry publication VC.RU heard it was between RUB500mn ($6.5mn) and RUB1bn ($13mn at the current exchange rate), reports East-West Digital News (EWDN).

Muzlab has developed a platform, ‘Market Player,’ that uses artificial intelligence and data from visitors in physical venues to deliver targeted media content. Stores, cafés, commercial or public places create playlists automatically, manually, or with the help of music editors, to entertain their customers. Businesses can also manage audio advertising across all points of sale. Muzlab takes care of all interactions with copyright holders, including regarding royalty payments.

Founded in 2016, Muzlab serves such Russian and international clients as Burger King, Calvin Klein, Decathlon and Tatneft. The company claims to serves over 1,000 small and large companies with activities in some 300 cities, towns and villages in Russia and four other countries. Its reaches some 8mn users daily in over 10,000 locations.

As a result of the deal with Sber, the company will be integrated into the Sber ecosystem, which will “increase its audience dramatically and strengthen the company’s position in the B2B market,” according to Sber.

Going further, Sber aims to “create a new unique player in the Russian market, a player with B2C and B2B streaming products and complementary integrations between them.” This will be made possible by combining the activity of Muzlab with that of SberZvuk (SberSound), a B2C music platform recently acquired by Sber, previously known as Zvooq.

“Services that create high-quality products for B2B and B2C audiences have become popular in China, the USA and Europe, but an ecosystem-tier merger is a unique event the international market has not seen yet,” Sber quoted Muzlab CEO Viktor Khristenko as saying.

Ford’s Craiova factory will thus become its third facility in Europe to build an all-electric vehicle.