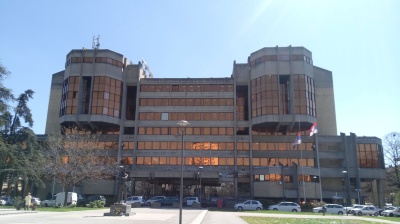 A series of IPOs of major state companies are expected on the Belgrade Stock Exchange (Belex) in the coming years, which should reactivate Serbia’s capital market, the CEO of the exchange, Siniša Krneta, said in an interview with bne IntelliNews in Belgrade.

Serbia is one of the bigger economies in Southeast Europe, with a significant number of large companies, both public and private, yet activity on the stock exchange does not match up. However, that may change in the coming years after two key events in 2021: the government’s adoption of a capital markets development strategy and the Athens stock exchange’s acquisition of a 10.24% equity stake in Belex.

According to Krneta, the problems facing the exchange at present date back to mistakes made during the privatisations of the early post-socialist years. Following mass privatisations, more than 2,000 issuers came to the exchange, but not to raise capital; instead, the majority owners of former state companies brought those companies to the exchange in order to consolidate their control and squeeze out minority shareholders. The final step was the delisting of those companies from the market – where they would no longer need to comply with strict reporting rules – that culminated in a mass exodus in 2008.

Coinciding with the start of the international economic crisis, the consequences for the Belgrade Stock Exchange were devastating. Until 2008 around 60-70% of investors on the buy side were from abroad, but that completely changed once the major companies delisted.

The stock exchange has thus played a minimal role in Serbia’s economic development over the last 14 years. However, that is now changing.

Following the adoption of the capital markets development strategy, Serbia’s parliament adopted a new capital market law in line with the EU’s MIFID 2 directive. Belex expects full implementation by the beginning of 2023, which, Krneta says, will enable “EU investors to recognise the Serbian capital market not as a regulatorily exotic market, but as a MIFID 2 aligned market.”

Even more importantly, “For the first time, the government has stated the intention to privatise some of the companies it holds through the IPOs. Not only will this bring new public companies to the market,” says Krneta, it will “showcase what the capital market is about – first of all to raise capital, thus offering to the local investment community an opportunity to invest.”

Until now, there has been significant political resistance to restructuring or privatisation of state-owned enterprises (SOEs), which are large employers within the country. But with the government – the major shareholder in these companies – behind the strategy the privatisations should actually happen. “History has demonstrated it’s very difficult to get [SOEs] on the exchange,” says Krneta. “What is different right now is that we have a national strategy adopted by the government, and within the strategy is the going public of SOEs. IPOing them is a major pillar of the strategy.”

Krneta is optimistic that the IPOs of major SOEs will act as an “icebreaker” to create a path for private companies to list on the exchange. He refers to data showing there is a "significant hunger” for investment opportunities among Serbian institutions and retail investors. “It’s not the goal per se to have state-owned companies going public. Our idea is to use them as the icebreakers for showcasing what the capital market is about, and our real target in the mid-term is today’s private companies. Serbia is rich with a huge list of candidates among the powerful private companies with businesses spread throughout the region.”

Many of their top managers, points out Krneta, have already publicly stated their aims to go public at some time in the future, usually mentioning Vienna, Warsaw or London. However, he says, “We strongly believe that such an endeavour could be executed with much bigger luck and success locally where they are very well established and recognised by their end-users, consumers of their services or goods.”

Belex is one of the oldest stock exchanges in Central Europe, having been established in 1894. It continued to operate even in the first years of the Second World War, when Serbia was under attack from Nazi Germany, though it was closed down under the socialist regime in 1945. While it was re-established in 1989, little happened during the last decade of the 20th century due to international sanctions.

Krneta has headed the exchange since mid-2015. He started his career as a futures trader, with experience in Chicago, London, Frankfurt and other international financial centres, then was invited to join the exchange in 2001, a year after the democratic changes in Serbia. Over the last 21 years, Krneta says, he has devoted his professional life to the success of the Belgrade Stock Exchange.

In summer 2021 the Athens stock exchange acquired 10% of the Belgrade stock exchange. Together with the adoption of the national capital market development strategy, says Krneta, “These combined create a kind of beginning and – I hope – a beneficial wind in the back for the Belgrade Stock Exchange, though we will have to wait for a while to see the first effects.

“The Athens stock exchange is a unique partner that can be not only a service provider to us but also an equity partner. Joining forces in this globalised world with such an exchange can be a source for the transfer of tech and know-how,” he added.

Also in 2022, a new set of bylaws are expected to be set by the securities commission. Thirdly, Belex is working with clearing financial organisations to offer the market completely new financial instruments (for Serbia), starting with exchange traded funds (ETFs).

Another thing the exchange plans to do is enable initial coin offerings (ICOs) as an option for startups. It has already selected a blockchain-based technology partner, and the two are now working together to explore the possibilities created by Serbia’s digital assets law.

“We are aiming to offer possibility of tokenisation of startups and a secondary market of investment tokens for market participant,” says Krneta. “That will give them the opportunity to raise capital, not through the conventional capital market, but through a newly set up digital environment.” He points out that blockchain is one of the main strengths of the Belgrade-Novi Sad tech cluster.

Environmental and social governance (ESG) is increasingly important for investors, and while the performance of the Serbian capital market lags in volume terms, Krneta says he is proud of its efforts in joining the UN’s sustainable stock exchange initiative, and of its gender balance. The composition of the board of the stock exchange, for example, is 60% women. In the area of environmental sustainability, Belex has organised trainings for public companies’ climate-related reporting and aims to make this an obligation for all companies aiming to list on the exchange.

“We are small but we are trying to position ourselves as the showcase that every move towards respect for gender equality as well as fighting against climate change is worth doing,” says Krneta. “It’s a question of respecting humanity and respecting this planet.”

There are also hopes that companies will start to come to the exchange with green bonds – a way for companies that are still reluctant to go public with equities to test the water. Krneta notes the large number of private companies investing into the green sector, including those from industries like coal that are “investing a lot in greening their dirty industries”.

Czech government remains colour blind on green issues
42 minutes ago
Poland ups the ante in feud with Brussels over judiciary reforms
12 hours ago
What's the current outlook for Belarus' export sector?
1 day ago
Russian gas exports to Europe tumble in June
1 day ago
Can we trust Russia’s economic statistics?
3 days ago