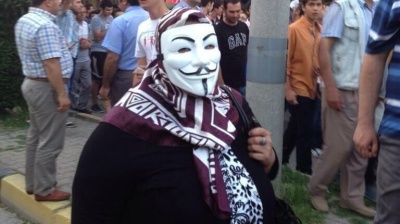 No social media user will enjoy anonymity in Turkey if the Erdogan administration has its way.
By Akin Nazli in Belgrade October 8, 2020

Facebook has reportedly informed the Turkish government that it will not comply with social media legislation that allows regulators to remove content from platforms—rather than blocking access to it as they have done in the past—and demand that information on local users is stored in Turkey.

The provisions of the law, approved on July 29 and in effect since October 1, were unacceptable to Facebook, according to two unnamed people familiar with the matter who spoke to the Financial Times.

Companies including social media giants that do not comply with the law—demanded by President Recep Tayyip Erdogan who regularly hits out at content posted on social networks—can have their bandwidth slashed by up to 90%, essentially blocking online access in Turkey, and face other penalties.

Facebook, which also owns Instagram, has around 37mn subscribers in Turkey, a country of 83mn. Its personnel that deal with Turkey are based in London.

Decisions on compliance with the law from Google and Twitter are awaited.

In September, Google informed clients it was set to impose a 5% fee on Turkish advertisers to meet “significant increases in the complexity and cost of complying with regulations”.

As of March, a 7.5% tax on the “sales revenues” of technology giants, including Google, Facebook and Amazon, came into force in Turkey.

The Turkish telecommunications authority will issue warnings to companies not in compliance with the law before issuing punishments that gradually grow in size if infringements continue. The scale starts with fines of $1.3mn in November and moves up to a $3.8mn penalty in December, while January brings about local advertising bans. The bandwidth throttling would start in April and May. It would become severe to the extent that any platform facing it would be rendered unusable in Turkey.