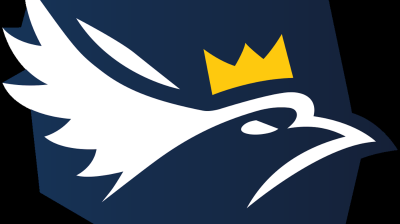 Meta said that Konfederacja’s Facebook page was removed for discriminatory content and spreading false information about the COVID-19 pandemic.
By bne IntelliNews January 6, 2022

The decision reignited the debate on freedom of speech on global social media run by commercial tech companies like Meta. The removal is also likely to revive the discussion on regulating the big tech presence on a national level.

Meta said that Konfederacja’s Facebook page was removed for discriminatory content and spreading false information about the COVID-19 (coronavirus) pandemic.

Konfederacja has indeed spoken a number of times on Facebook and its other social media against the rights of LGBT+ people. The party has also opposed means to slow down the spread of the pandemic and openly sided with anti-vaccination groups.

“We are a party with poll support as high as 10%. Removing our profile under the guise of fighting disinformation is an attack aimed at the Polish political scene. And it can be safely described as interference in the Polish raison d'état by an international corporation,” Konfederacja wrote in a statement.

The far-right group received support from the government, with which it often votes in the parliament and with which it has been linked as a potential coalition partner after the election in 2023.

“I have argued with … Konfederacja many times and did not spare them words of criticism. And they did not spare me their criticism. But criticism must not mean silencing anybody, Poland’s Prime Minister Mateusz Morawiecki said in a Facebook post.

“Therefore, I stand on their side today. I do not agree that Konfederacja should be deprived of the freedom of speech," Morawiecki added.

Meta said that it had issued several warnings to the administrators of the Konfederacja’s Facebook page before making the decision to take it down.

The party said it was going to file a civil lawsuit against Meta and come up with a draft law to ensure no similar interventions could take place.

The removed page had over 670,000 followers. Konfederacja dusted off an older profile it had to continue messaging the public. The profile went from 11,000 followers to over 23,000 in 24 hours as of January 6.

Ruling SNS is the biggest spender as Serbian politicians and parties increasingly reach out to voters on social media rather than traditional channels.