FDI in CEE: It’s about Russia, inflation and populism 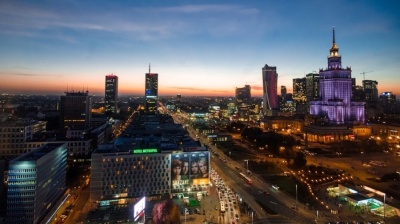 After February 24, when the first Russian tanks rolled into Ukraine, looking at a map of Europe is no longer what it used to be.

The ludicrously obvious fact that several Central and Eastern European countries border with, or lie close to, Russia and Ukraine could have a detrimental effect on their attractiveness to FDI projects in the short run, the recent “Attractiveness Survey Europe 2022” report by consultancy EY argued.

On the other hand, as businesses and investors flee Russia, those same countries could benefit, longer term, from the same geographical position (as it won’t be all that expensive to relocate a business or a planned investment project from Russia to, say, Poland) as well as from the extra layer of credibility and safety of EU and Nato membership.

Otherwise, the same factors have long reigned supreme in CEE when it comes to defining the region's allure to FDI projects.

“The region is cost-competitive compared with Western Europe and benefits from the presence of skilled labour, IP protection and — in some cases — EU membership,” Marek Rozkrut, EU and CESA chief economist at EY, said in a note on the report.

Even with its position shakier now than before the war, the CEE region was still the third most attractive region for FDI in the EY survey this year. Of 501 respondents, 42% pointed to the region, which trailed only Northern America (52% of indications) and Western Europe (60%).

Mainland China and India came fourth and fifth with, respectively, 29% and 24% of indications.

Not that there are no risks. According to the EY survey, the main risk of investing in Europe is the “rise in populist/protectionist feelings among politicians and populations”.

That sounds familiar to anyone who has been following the news out of the region, where Poland and Hungary now have a track record of several years of eroding rule of law (that is Poland’s main problem under the Law and Justice, or PiS, government) or corruption (Hungary under the near single-handed rule of Viktor Orban).

Orban has recently won another term in office while Poland’s PiS stands more than a fair chance of winning one next year unless converging crises turn the tables on the party, in power since 2015.

Another serious risk is “high volatility in currencies, commodities, and other capital markets”. Again, CEE currencies, the zloty and the forint in particular, do show great volatility at times, most recently this month, when both currencies were among the worst-performing in the emerging economies group, alongside the Turkish lira.

The CEE region has not been spared the calamities ravaging the rest of the continent in the wake of Russia’s war in Ukraine, either. Inflation is high – the most recent macroeconomic outlook of the European Commission showed in mid-July that it was nearly exclusively the CEE region that is poised to suffer CPI growth larger than 11% this year.

High inflation spurred, or is about to spur, the region’s central banks (and the ECB for the Eurozone members: the Baltic states and Slovakia) to raise interest in what is another risk to the FDI outlook for this year and the next.

So far, so good

The overall value of FDI inflows to Hungary was nearly $5.5bn, according to the 2022 World Investment Report by UNCTAD, the United Nations’ trade agency. That marked a decline of nearly 20%, despite the huge growth in the number of announced investments.

Poland fared a little worse with the number of FDI projects dropping 12% to 193 last year but still that was enough to keep the country inside the top 10 most attractive FDI destinations in Europe.

Despite the drop in the number of projects, the total value of FDI inflows was $24.8bn, growing 79% versus 2020, in line with what UNCTAD describes as a global FDI bounce-back. The figure includes nearly $4bn worth of greenfield investments, an increase of $807mn compared to the year 2020.

“What distinguishes Poland in the eyes of investors is primarily its young, well-educated people, the fast investor service path, aid programmes that are well-suited to market needs, such as the government grants supported by the Polish Trade & Investment Agency, and [tax] exemptions,” Poland’s Ministry of Development and Technology told Investment Monitor in early 2022.

Zooming in, Poland excelled in attracting FDI from the business services sector, followed by transport and logistics. Germany, the US and the Netherlands were the top investing countries.

In Hungary, transport, software and IT services, as well as electronics were top sectors, with the investment money flowing in from Germany, the US and Austria the most.

In perhaps a surprise find, it was not any of the other EU and/or Nato member states from the region that were among the top 20 FDI destinations in Europe last year. Serbia came 17th, as the number of FDI projects grew 4% to 73, mostly in the transportation, software and IT services and agri-food sectors.

Bosnia & Herzegovina rounded up the top 20 with 41 projects, a jump of 64%. Machinery and equipment, business services and logistics were the leading sectors.

The times of unabated FDI flows into more or less virgin CEE markets, starving for capital and technology after the Communist era, are long gone. According to UNCTAD, the trend of screening investors is growing worldwide, including in CEE.

In Czechia, non-EU investors must obtain a permit prior to acquiring effective control of a company in the country.

Slovakia, in turn, established an investment screening mechanism according to which any acquisition of more than 10% of shares or voting rights in an operation of critical infrastructure may be subject to review in light of possible disruption of public order or national security.