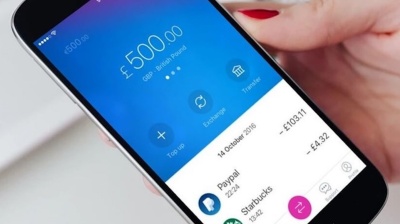 By Linas Jegelevicius in Vilnius September 23, 2020

Robust fintech startup Revolut is ratcheting up its efforts to move its core business customers in Central and Eastern Europe from its London entity to Lithuania, a result of Revolut’s preparation for Britain’s exit from the EU.

The move will ensure that Revolut can continue to serve its non-UK customers and hedge against a no trade-deal Brexit. The process should be completed before the end of the Brexit transition period in December 2020.

Revolut, a bullish fintech with reportedly more than 10mn customers in the UK and Europe, was launched in 2015 with a vision to build a financial Ssuper app, a single app where consumers can manage all aspects of their financial life. In just five years, the company has raised over $800mn in funding and now employs more than 2,000 people globally, including in New York and San Francisco.

The fintech has reportedly secured a Specialised Banking License from the Bank of Lithuania, which allows it to offer and passport a wider range of solutions to customers in Europe. Revolut, which counts more than 300,000 Lithuanian customers, allowed users to transfer their accounts from an e-money account to a fully-fledged bank account. It hired between 40 and 50 people this year as it beefs up its operations there.

The fintech unicorn further explained that due to some differences between local regulations, they will ask some users to reverify their ID or provide details about their business when their accounts are migrated.

Revolut said earlier this year that though its headquarters will remain in London and that UK payments will be managed from there, it will shift responsibility for its European payments to Ireland and Lithuania after Brexit.

Critical years are coming, when the local industry must prove its creative potential and produce original titles with international impact, says industry association the RGDA.

The Central Bank of Russia (CBR) has announced plans to introduce "the digital ruble" as an alternative to cryptocurrencies that are banned in the country.

Companies from various segments of the Russian IT sector are lobbying to be included in a tax privilege scheme referred to as a "tax manoeuvre," which aims to make the sector more competitive.