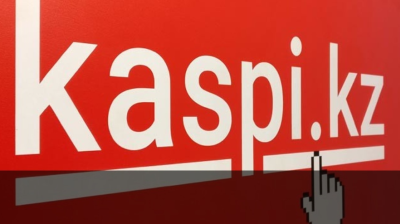 Quite a turnaround in fortunes for Kaspi.kz.
By Kanat Shaku in Almaty October 16, 2020

Kazakh fintech firm Kaspi.kz’s initial public offering (IPO) on the London Stock Exchange (LSE) and the Astana International Exchange (AIX) wowed the markets. In a big surpise, Kaspi’s shares were priced at $33.75 per global depositary receipt (GDR), the top of the indicative range, according to joint bookrunner Renaissance Capital. That valued Kaspi (KSPI) at $6.5bn, the highest price tag ever given to a publicly listed Kazakh company.

The IPO saw $870mn of Goldman Sachs-backed Kaspi shares, representing 13.4% of the company’s share capital, sold by shareholders. Another 3,864,736 shares are being made available by certain shareholders pursuant to the over-allotment option. If exercised in full, it would increase the number of GDRs in public hands to approximately 15.4% of issued capital.

The stock opened at $38 per share and traded as high as $46.90 at a volume of more than 4.4mn shares. As noted by Forbes, which praised Kaspi as Kazakhstan’s first new tech leader, that’s more than Russia’s Yandex trading volume, which averages 3.8mn per day. The IPO was the LSE’s second largest of the year and the fourth largest in all of Europe.

The sale marked a big turnaround from Kaspi’s attempted IPO in late 2019. That scrapped offering failed to meet a $4bn market cap valuation by potential buyers.

Kaspi is the first Kazakh lender to sell shares in London since Alliance Bank in 2007, which made its move before Kazakhstan’s banks were weakened by the 2008 crisis. Kaspi also marked the first listing in Kazakhstan in two years. The failed IPO of around a year ago saw Kaspi backtrack on an LSE share sale from which it hoped to raise between $500mn-$700mn.

The company itself raised no money from the completed sale, with all shares coming from stakeholders including Baring Vostok Capital Partners, chairman Vyacheslav Kim, CEO Mikheil Lomtadze, a private equity firm set up by embattled US investor Michael Calvey and Goldman Sachs.

The company has benefited from the coronavirus (COVID-19) pandemic-driven shift to digital services from people that have been forced to largely stay indoors. The company’s 7.8mn user-strong consumer app, the Super App, offers bill payment, loans, peer-to-peer payments, an online marketplace and a personal finance management tool. The Kaspi app is used by many retailers in Kazakhstan to sell goods via its marketplace and to accept payments. Many retailers allow Kazakh citizens to use the payment system as an alternative to cash. This boosted the Kaspi app as a quickly growing popular payment option.

Kaspi’s net income jumped 50% to Kazakhstani tenge (KZT) 115.6bn (€232.13mn) in the first half of 2020 and the mobile app’s usage surged 72% in the past year, despite economic woes that have hit Kazakhstan due to coronavirus lockdowns.

The company presently has growth plans such as expanding into new businesses, including online travel, in nearby Central Asian countries and the Caucasus region.

The Kaspi-controlled Kaspi Bank made a decision in February 2019 to delist the bank from the Kazakhstan Stock Exchange (KASE) during an extraordinary meeting. At the same time, Kaspi.kz remains listed on the KASE. Kaspi Bank’s total assets as of 30 June 2020 amounted to KZT2.48tn.

In October 2019, the nephew of former Kazakh president of three decades Nursultan Nazarbayev, Kairat Satybaldyuly, sold his 30% stake in Kaspi.kz prior to its announcement of the intended flotation in London that ended up as postponed.

Central Asia has a total population of around 74mn people. Most do not have access to banking services and around 55.2% of the regional population live in rural areas where financial inclusion is a stretch. That’s good news for regional fintech in general, according to a report by Astana International Financial Center titled “The State of Fintech in Central Asia: How Kazakhstan Drives the Regional Fintech Industry”, published in June.