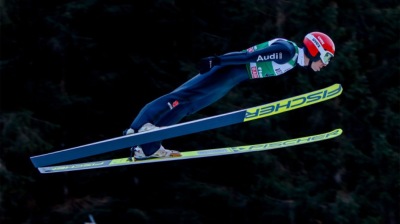 Ukraine's Fischer ski factory makes 60% of all the company's skis and is a powerhouse in the indutsry
By Vladimir Kozlov in Moscow October 19, 2020

The Fischer ski factory in Ukraine must be one of the country’s best kept secrets. Set up in the 40s and employing over 1,000 people, it produces about 60% of all the skis and snowboards that ride the mountains of Europe each season, and many other pieces of equipment to boot, not that most punters are aware as they don't carry a “made in Ukraine” sticker on them.

Now disaster has struck. A fire burned almost half of factory, by far Europe’s largest ski manufacturer, at the weekend, which is located in Mukachevo in the Carpathian mountains in western Ukraine.

Firefighters battled the blaze on the 20-hectare site for most of Sunday night and only brought the blaze under control in the small hours of Monday morning. Thankfully they saved the main warehouse where most of the finished product is stored, but much of the production lines were destroyed.

On October 12, a three-hour, pre-dawn fire started that burned 9,000 square metres of the production facilities and warehouse of the Mukachevo ski factory, Ukraine's emergencies ministry announced.

The factory is owned by the legendary Austria's Fischer Sports GmbH company have pioneered the mass production of skis and had a big part in turning the sport into a mass market phenomena.

According to the ministry, over 100 firefighters were involved in extinguishing the fire, while there were no deaths or injuries. The agency didn't reveal the cause of the blaze. 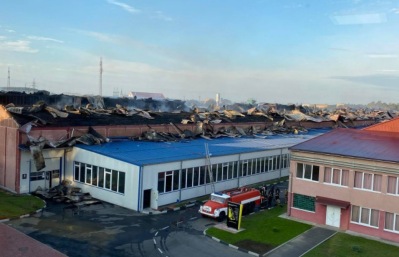 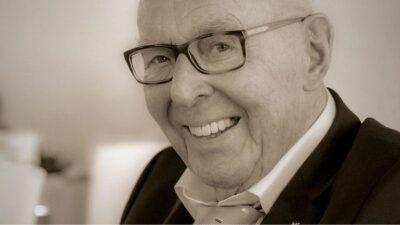 The Mukachevo factory in the Zakarpattia region was founded in 1944 but the Fischer family became involved in 1980s, lead by the family’s patriarch Joseph Fischer who gave his name to the skis and died last August at the age of 90. The plant was located in Mukachevo as originally skis were made of wood and the region was densely forested, but the business grew and in the 1970s the factory switched to producing its first plastic skis, after which it soon went international under Fischer’s guidance.

The fact that the Austrian-owned factor grew up in the Soviet Union never seemed to have much of an impact on its business. Fischer came for the trees and stayed for the low labour costs and skilled workers. The collapse of the Soviet Union and the creation of an independent Ukraine in 1991 also had little impact on the plant, which has continued to churn out skis from its facility for almost 80 years.

The factory makes 60% of its Fischer brand skis from the Mukachevo factory as well as manufacturing a number of other famous brands under liscence from the same workshop. Few are aware that Ukraine is probably Europe’s biggest producers of skis in all of Europe and dominates the market, producing hundreds of thousands of skis and snowboards a year.

In the 1970s, Mukachevo was the Soviet Union's first factory to start manufacturing plastic skis.

At this point, the size of the damage caused by the factory is not yet clear. Roman Chebunin, marketing director of Fischer's Russian office, was quoted as saying by skisport.ru that it's too early to make any judgement.

"All we can say at this point is that no one was injured, and the audit of the facility is currently in progress to determine the size of damage." Although the Mukachevo factory has kept a low profile, Fischer produces 85% of its skis at the plant, which, according to the Austrian company, accounts for one quarter of the international ski market and one half of that of the European Union.

In 2017, the most recent data available, Mukachevo posted a net profit of EUR3.3mn. The factory employs 1,200 Ukrainian workers. Fisher formed a joint venture company with Mukachevo in 1995. The Austrian manufacturer owns a 50% share of the joint venture. 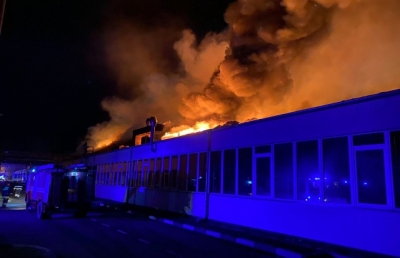 US warns Belarus to keep its commitment to neutrality
US Secretary of State Blinken in Kyiv, warns Russia could attack “at very short notice”
Qualcomm acquires Ukraine-born Augmented Pixels to beef up AR/VR development capacities

US warns Belarus to keep its commitment to neutrality
2 hours ago
US Secretary of State Blinken in Kyiv, warns Russia could attack “at very short notice”
3 hours ago
Defence agreement between Slovakia and the US divides politics and society
15 hours ago
Uzbekistan launches production of military drones
21 hours ago
New impetus between Bulgaria and North Macedonia at top-level Skopje meeting
1 day ago