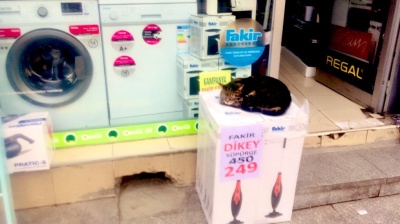 Commerce has been a bit too quiet for the banks' liking in Turkey lately with Covid-19 extracting a heavy toll. That has weighed on the lira, causing the central bank to use up FX reserves to defend the currency.
By bne IntelIiNews May 19, 2020

It also downgraded Halkbank’s LTFC IDR to 'B' from 'B+', and kept the rating on rating watch negative (RWN).

The ratings of three other banks Akbank, Isbank and Yapi Kredi have been affirmed, Fitch said.

The downgrading of Halkbank and the negative outlooks placed on Ziraat and Vakifbank reflected the sovereign's weaker foreign-currency (FC) reserves position, and consequent reduced ability to support the banks with FC in the event of need, the rating agency said. Turkey’s central bank is widely thought to have burnt through a substantial amount of its hard currency reserves in its battle to defend the Turkish lira this year from a renewed bout of severe depreciation.

“The negative outlook on Garanti reflects Fitch's view that the weakening of Turkey's external finances is increasing the risk of government intervention in the banking sector, which could impede the ability of all banks to service FC obligations,” it added.

The affirmation of the viability ratings of Akbank, Isbank, YKB, Garanti BBVA, Ziraat and Vakif at 'b+' demonstrated their generally still significant capital and FC liquidity buffers, Fitch said.

The rating agency warned that risks to all seven banks' standalone credit profiles have increased as a result of the economic downturn and financial market volatility, which heighten pressure on lenders' asset quality, capitalisation, performance, funding and liquidity.