Floods of people flee Crimea as explosions rock the region 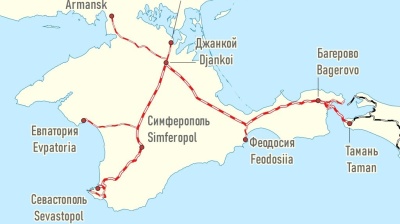 Explosions rocked Russian-occupied Crimea on the morning of August 16 after a suspected Ukrainian special operation. Fires were recorded at an ammunition depot and an electrical substation in the Dzhankoi region, and at an airbase near Hvardiiske. Queues quickly formed outside Simferopol railway station with people desperate to escape the popular holiday destination as the effects of the war encroach further south.

Blasts initially shocked the Dzhankoi region at 6am, after a warehouse containing significant amounts of Russian ammunition exploded. As a result, two individuals were injured and important railway tracks were damaged, Russian state-media Ria Novosti reported. Around 3,000 people were evacuated from the region and a replacement bus service was established.

Footage showing the explosion at the ammunition depot

Another fire was seen at an electrical substation around 20 km from the depot, which Russian authorities claim was a result of the explosion at the warehouse, according to Reuters. Later, explosions and plumes of black smoke were reported from an airbase near Hvardiiske, over 70 km south of Dzhankoi in the Simferopol region.

The Russian Ministry of Defence called the incidents “acts of sabotage” and claimed “the necessary measures are being taken to eliminate the consequences of sabotage”. An investigation is underway, according to Sergei Aksyonov, the so-called “head” of the occupied peninsula.

Although Ukraine has not officially claimed responsibility, the incidents echo last week’s explosions at the Saky airbase in western Crimea which destroyed at least nine Russian warplanes, which many strongly suspect was a Ukrainian special operation.

Ukrainian presidential advisor Mykhailo Podolyak published a tweet that hints at possible Ukrainian involvement in the latest series of attacks:

“Morning near Dzhankoi began with explosions,” Pudolyak wrote. “A reminder: Crimea of normal country is about the Black Sea, mountains, recreation and tourism, but Crimea occupied by Russians is about warehouse explosions and high risk of death for invaders and thieves.”

Russian troops in neighbouring Kherson and Zaporizhzhia used the Dzhankoi railway line to restock supplies, as it is connected to Russia. Therefore the damage to its railway tracks will hinder the Russian army’s war effort in Kherson, where fighting is intensifying as Ukrainian forces attempt to retake the occupied region. Although Aksyonov later claimed that the railway line has been restored and will resume operations, this has not been confirmed. 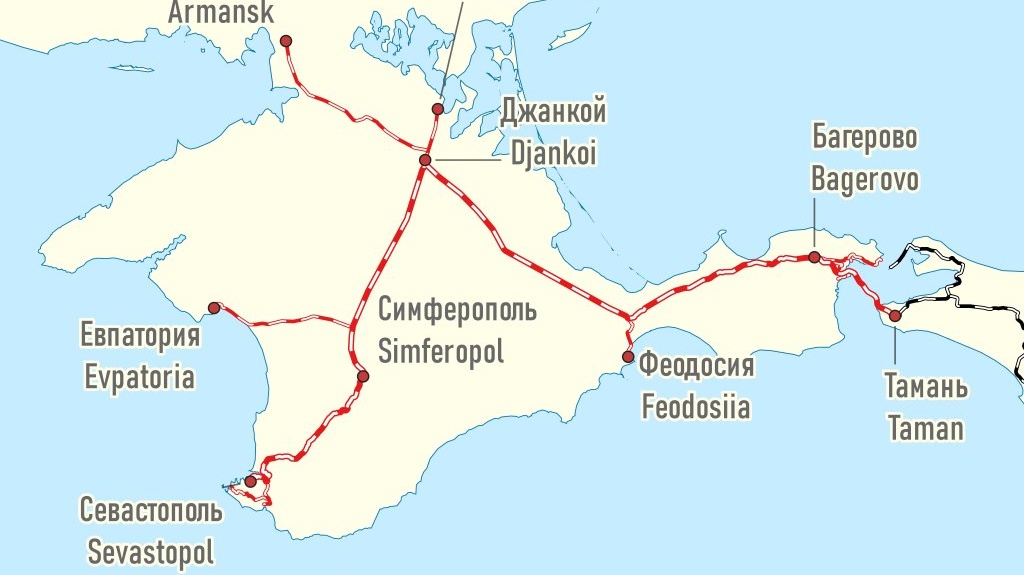 Speculation about what caused the fires quickly spread on social media. The locations are hundreds of kilometres behind enemy lines, which is beyond the capabilities of Ukraine’s High Mobility Artillery Rocket Systems (HIMARS). The attack on the Suky air base also took place 200 km from Ukrainian-controlled territory and experts pointed to ATACMS missiles as the explanation. However, the lack of damage to areas surrounding the targets in Dzhankoi and Hvardiiske suggest that ATACMS were used this time.

Russian officials are looking into a possible drone attack on the Hvardiiske air base, Nexta reported. Ukraine has been known to conduct long-distance drone attacks and targeted an oil refinery in Russia’s Rostov region in June with a kamikaze drone strike 160 km behind enemy lines.

Crimea is appearing increasingly vulnerable and has introduced a regional state of emergency. Waves of people are leaving out of fear of becoming the war’s next victims. The peninsula holds a lot of significance for Russian President Vladimir Putin, who was greeted with sky-high approval ratings after annexing the Ukrainian territory in 2014. He is likely to be feeling additional pressure now that Ukraine has proved it can conduct military operations in the region.

“The Ukrainians clearly can now hold large parts of Crimea at risk. And not just airbases. The Black Sea Fleet, its fuel, munitions, repair yards and infrastructure are now vulnerable. This places the Russians in a real quandary,” analyst and former Army Major General Mick Ryan tweeted last week in response to the explosions at the airbase.

Russia’s accusation of sabotage is very likely. Ukrainian partisans are known to be operating in Crimea and posters warning Russians of further attacks have been documented in the region. Across Russia, saboteurs have targeted ammunition depots and other facilities. As bne IntelliNews wrote in April, fires and explosions frequently occur in Russia as part of an underground resistance movement. However, it is not known to what extent Kyiv is involved in these attacks. 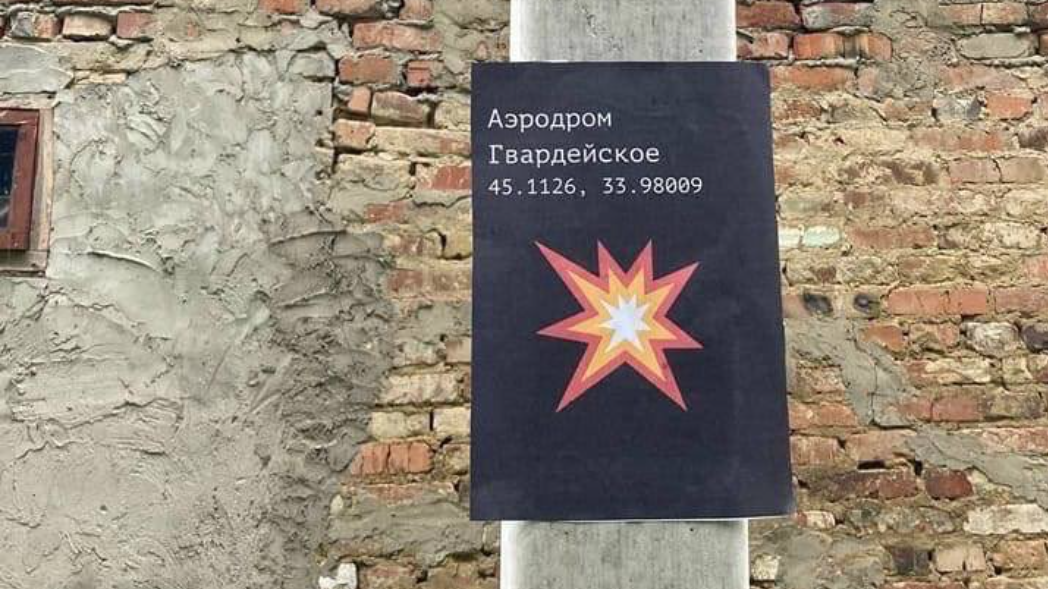 A poster in Crimea warning Russian troops was spotted on August 11. Translation: "Aerodrome Hvardiiske" followed by the coordinates of the Hvardiiske air base.

An unnamed senior Ukrainian official spoke with The New York Times claiming that “partisan resistance forces” were involved in the attack on Saky air base but did not confirm whether they carried out the attack or assisted the Ukrainian MoD in targeting the base.

“Crimea is Ukrainian and we will never give it up”, Zelenskiy said.

MEDUZA: Ukrainian strikes on targets inside Russia could mark a new phase in the war
Russian coal exports hit fresh highs after EU shipping sanctions were softened
bneGREEN: Vertical farms to feed the cities of the future