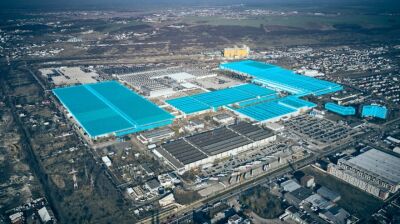 US carmaker Ford announced it will invest $300mn to build a new light commercial vehicle at its Craiova factories in Romania starting 2023.

The new model will have an all-electric version due to launch in 2024 – the first all-electric Ford volume vehicle to be built in Romania, the company announced on April 27. It is actually going to be the first electric vehicle produced in Romania, since Renault’s Dacia produces its Spring model — already on the market — in China.

Ford’s Romanian factory will thus become the third facility in Europe to build an all-electric vehicle, after the Ford Cologne Electrified Vehicle Center in Germany and Ford Otosan’s Kocaeli plant in Turkey.

“Our plan to build this new light commercial vehicle in Romania reflects our continuing positive partnership with local suppliers and the community, and the success of the entire Ford Craiova team,” said Stuart Rowley, president of Ford Europe.

The new light commercial vehicle will have versions equipped with some of Ford's most advanced conventional petrol and diesel engines. These will include, for example, advanced technology diesel engines from Ford’s Dagenham Engine Plant and transmissions will be sourced from Ford Halewood Transmissions Limited, both based in the UK.

Ford’s overall investment in its Romanian manufacturing operations – including the new $300mn investment just announced – is close to $2bn since acquiring the Craiova facility in 2008.

Liechtenstein prince suspected of poaching after shooting biggest bear in Romania
Bucharest Stock Exchange up 15.7% ytd despite modest performance in April
Willingness to be vaccinated rises sharply in Emerging Europe

Sber, the state-controlled financial and digital giant, has announced a binding agreement to fully acquire Muzlab, a leader in the Russian B2B audio streaming market.

Swiss ICT group ALSO acquires Serbia's PIN Computers
3 days ago
EWDN: After a new acquisition, Sber wants to become a central player in the Russian digital music market
6 days ago
EWDN: After successes in Russia and Israel, Yandex prepares to launch express delivery service in Western Europe
6 days ago
Rise and fall of Turkish technology retailer Bimeks ends in bankruptcy
7 days ago
Sberbank pushes the Sber rebranding, promises to double online ecosystem investments over the next three years
8 days ago