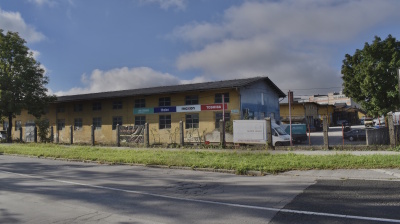 Since his cabinet was ousted last year the billionaire has made several investments through his many business vehicles, including investment fund Hartenberg or Czechia’s largest food and agricultural-chemical conglomerate Agrofert.

The area of Ljubljana’s former production plant Kolinska could yield space for more than 400 apartments in a real estate market which even the pandemic struggled to cool down. It was acquired by joint venture CC Koppa of Slovak real estate company Corwin and Babis' Hartenberg, which bought the property from Slovene privatisation era tycoon Igor Lah.

According to Czech and Slovak media, Hartenberg has invested tens of millions of euros alongside Corwin since last year to tap Corwin’s green approach to real estate development. “Our goal is to become an international green investment platform”, Corwin’s CFO Robert Mitterpach commented on the partnership with Hartenberg last year.

Corwin is already developing a site in Ljubljana’s popular Siska neighbourhood and has a record of several real estate projects in Bratislava.

Last year Slovak media reported that a 10% shareholder in Corwin is  Anna Bubenikova, through a shell structure in Cyprus. Bubenikova has 221 filed entries in Slovakia’s largest post-1989 corruption scandal "Gorilla" documenting her to had been in regular touch with Penta boss Jaroslav Hascak during her tenure as an influential official in a public company managing state assets.

Babis’ Hartenberg fund is headed by Jozef Janov, who was previously with Penta and took part in some of Penta’s key investments, including the Northern Moravian water authority, Fortuna betting company or Zabka Polska stores.

Necenzurirano also notes that Corwin has been making property acquisitions in Ljubljana with state-owned restructuring utility DUTB (translated into English as BAMC) after France Matoz became the head of DUTB. Matoz is a long-time lawyer of controversial Slovenian populist former premier Janez Jansa and his SDS and is dubbed by Slovene media as a “mafia lawyer”.

Jansa and Babis were open about their cosy relationship when both headed cabinets in their respective countries during the previous two years. Babis’ ANO and Jansa’s SDS are both personal vehicles of the two populists.

Matoz has also been on the supervisory board of cargo railroad branch (SZTP) of the Slovene state railroad company when it finalised its partnership with another company monopolising swathes of the economy in the former Czechoslovakia, EPH owned by the Czech and Slovak billionaires Daniel Kretinsky and Patrik Tkac.

Matoz is also a head of the supervisory board of Port Koper, about which Kretinsky said that it is his real main business interest in Slovenia.

In another recent deal involving Babis, earlier this month Agrofert announced taking over the Czech TOP HOP company, which produces one quarter of the hops in a country with the largest per capita beer consumption in the world, and supplies hops to some of the largest breweries in Czechia including Pilsner Urquell or state-owned Budweiser Budvar. The deal could be worth up to CZK1bn (€40mn), Czech media reported.

“We are acquiring a well-functioning company, quality agricultural land and are widening our hop business portfolio”, executive director of Agrofert Josef Mraz stated in a press release and pointed out that Agrofert has already been cultivating 160 hectars of hops and has been among the top five actors on the Czech hop market. TOP HOP cultivates 3,600 hectars of agricultural land, out of which 550 hectars is planted with hops.

Babis currently stands trial in Prague, where he is accused of fraudulently obtaining a €2mn subsidy, and French police recently opened a probe into his acquisitions of luxurious property in France on grounds of possible tax evasion.

Babis’ populist political vehicle ANO is surging in polls followed by the far right SPD of another businessman-politician Tomio Okamura.