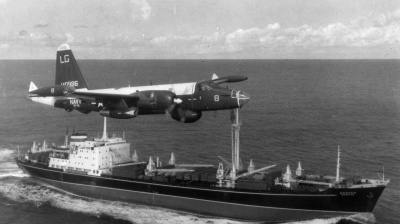 Former Russian president Dmitry Medvedev drew a parallel between today's relations with the White House and the Cuban missile crisis, suggesting that co-operating should be preferred and that antagonisation was a "dead end" policy for the US.
By Ben Aris in Berlin April 26, 2021

Former Russian prime minister and president Dmitry Medvedev offered the US an olive branch in the form of an opinion piece about the Cuban missile crisis published by the Russian state-owned news agency RIA Novosti on April 23.

In article entitle  “The Unlearned Lessons of History,” Medvedev warned that US-Russia relations have “returned to the Cold War era” and Washington has fallen into “the old patterns of aggressive policies and rhetoric,” which, according to the former Russian prime minister, led to a “dead end” for relations with Moscow, as cited by Meduza, an independent publication based in the Baltics and recently branded a foreign agent by the Russian authorities.

“Relations between Russia and the United States have returned to the Cold War era. In the 1960s, our country was forced to respond to the aggressive policies of the US – and the Cuban Missile Crisis took place. Today, these policies have returned in the form of sanctions, NATO expansion and an organised harassment campaign against Russia,” Meduza wrote, paraphrasing the article.

Also known as the October Crisis of 1962, the Soviet Union and the US under John F Kennedy almost went to war after the Soviets tried to site nuclear ICBMs on the Caribbean island.

The choice of the parallels to the Cuban missile crisis is an interesting one, as the episode was widely popularised in the West with the 2001 film “Thirteen Days”, directed by Roger Donaldson and starring Kevin Costner.

In that film much was made of the movement of military units and ships as a form of “language” with which the heads of state of the two protagonists talked to each other. The op-ed comes only two days after Russian Defence Minister Sergei Shoigu withdrew Russian troops that had been massing along Ukraine’s eastern border in one of the tensest encounters since the 2014 annexation of the Crimean peninsula. While the fear of an impending invasion of Ukraine loomed many analysts – including bne IntelliNews – argued from early on that the troop movements were simply a message from the Kremlin to the White House to restrain the use of sanctions or Russia would cause a lot more trouble in theatres like Ukraine.

The pull-back, quickly followed by Russian President Vladimir Putin’s attendance at US President Joe Biden’s virtual climate crisis summit, can both be seen as the Kremlin signalling it is ready and willing to begin negotiations. Medvedev’s column is more of the same.

“During the Cuban Missile Crisis, the situation was saved by the leaders of two superpowers, who recognised the wisdom of compromise – they were in equal dialogue, without threats and ultimatums,” Medvedev wrote, calling for compromise, but dressing it in a rebuke of what the Kremlin sees as Washington’s aggressive stance. “They learned that co-operation is better than confrontation, but now the US has slipped into unstable foreign policy once again: it abandoned the nuclear deal with Iran, withdrew from the Open Skies Treaty. They speak about the need for dialogue, but at the same time increase pressure and raise tensions. To extinguish conflicts, there needs to be a willingness to abandon the language of ultimatums and rudeness.”

“Since the fall of the USSR, the US has simply lost the habit of equal dialogue and now it doesn’t have the fortitude to admit that someone in the world might have comparable military-political potential. Russia or China, for example,” Medvedev concluded.