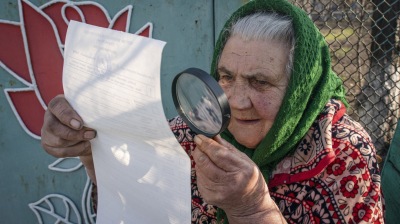 Russia will hold local elections in 83 regions this weekend that will be a test of both the Kremlin's hold on power and the opposition's ability to disrupt it with "smart voting".
By FPRI BMB Russia September 9, 2020

In 18 regions, Russians will elect a governor. Political experts note that there are no regions where gubernatorial opposition candidates present a high risk of a runoff, although the change in election protocol makes it more difficult to predict outcomes.

Another new feature of this election is the increased pressure being placed on the Communist Party (KPRF). The KPRF opted not to advance candidates in two gubernatorial races. Election officials then rejected the registration of KPRF candidates in five regions. As a result, the KPRF is running candidates in just 11 of 18 gubernatorial campaigns. The party risks losing its status as a leader of the systemic opposition. A new study from the Levada Center shows that the LDPR is notably more popular than the KPRF going into this week’s elections.

What is the opposition’s strategy in the local elections? Navalny’s Anti-Corruption Foundation (FBK) is yet again organising “smart voting” to co-ordinate the protest vote and maximise the chance of defeating United Russia candidates.

According to FBK’s Leonid Volkov, public interest in “smart voting” has grown significantly since Navalny’s poisoning. Volkov notes that this year’s local elections are an important trial run for the 2021 Duma elections, both for the authorities and the opposition.

The regime is testing out new falsification technologies and three-day voting, while the opposition is trying to strengthen the use of smart voting. If it goes well this election, smart voting will have an even bigger boost next year, Volkov claims.

This article originally appeared in FPRI's BMB Russia newsletter. Click here to learn more about BMB Ukraine and subscribe to the newsletter.

FPRI BMB Russia: the ruble continues to tank
World must tell Turkey to “get out” of Caucasus says Armenian PM
Are the Caucasus energy assets in danger from a war in Nagorno-Karabakh?

The ruble has had a bad few weeks that have only got worse in the past couple of days. Yesterday, the ruble fell to 92 rubles to the euro for the first time since January 2016. The ruble exchange rate with the dollar almost reached 80.

FPRI BMB Russia: the ruble continues to tank
13 hours ago
TURKEY INSIGHT: Mystery on the bourse as traders ask "Who bought the banks?"
3 days ago
COMMENT: Don’t disregard potential for Armenia and Azerbaijan’s war to spiral into something much bigger
2 days ago
TURKEY INSIGHT: Moody’s warns of autumn peril
8 days ago
MITTELEUROPEAN INSIGHTS: Better $1.5bn from Russia or €1bn from the EU in the hand than $15-20bn in the bush?
8 days ago