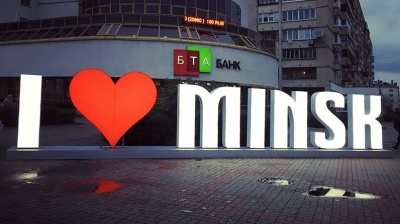 After Ukraine's relations with Belarus soured, it no longer wants to hold the Minsk II peace talks on bringing the fighting in Donbas to an end in Minsk, but changing the venue will be hard.
By FPRI BMB Ukraine April 12, 2021

Last Monday, the Ukrainian side announced that it will not hold further peace talks in Minsk within the framework of the Trilateral Contact Group (Hromadske). Ukraine’s Deputy Prime Minister Oleksii Reznikov, the Minister for Reintegration of the Temporarily Occupied Territories, said that Belarus is under the influence of Russia and is dominated by anti-Ukrainian rhetoric, adding that Kyiv has “no trust” in Belarus.

According to the spokesman for Ukraine’s TCG delegation, the Minsk talks may be relocated to a non-NATO country, “most likely, Sweden or Austria” (Unian). However, he also added that “this is a very distant prospect” and that moving the talks would have to be a trilateral decision.

It’s worth remembering that the TCG has been meeting in an online format since the coronavirus (COVID-19) pandemic began in March 2020. Moreover, talk of relocating the negotiations has been ongoing since relations between Kyiv and Minsk soured in the aftermath of Belarus’s 2020 presidential elections. As a source close to Zelenskiy’s office told Meduza that the TCG won’t be relocating in the near future – and while some alternative venues have long been suggested, Russia is unlikely to agree to a change.

Recent statements have also made it clear that moving the talks would only worsen Ukraine’s relations with Belarus. Last Saturday, the Belarusian Foreign Minister said that the discussions of moving the TCG talks to a neutral country suggest “that some Ukrainian politicians are reluctant to comply with the agreements that were reached in Minsk” (Interfax Ukraine).

The Kremlin has also implied that Ukraine’s refusal to attend talks in Minsk is an indication that Kyiv plans to abandon the negotiations altogether, but the Ukrainian TCG delegation’s recent actions indicate otherwise. On April 6, Kyiv’s delegation announced that it was initiating an emergency TCG meeting to discuss the “immediate adoption of decisive measures to restore the ceasefire and return to strict implementation of the agreements reached on July 22, 2020.”

Though the parties verbally confirmed their commitment to the ceasefire during the emergency meeting the next day, a corresponding written statement was not signed (Unian). According to the Ukrainian delegation, this was due to the fact that the Russian side wished to make “additional amendments” to the text.