FPRI BMB Ukraine: Zelenskiy is the political disappointment of 2020 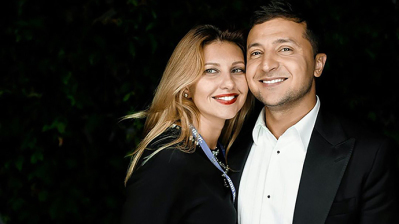 20% of respondents in a poll by Ukraine's Razumkov Center named president Zelenskiy as “politician of the year” — but 42% said he was the political “disappointment of 2020”
By FPRI BMB Ukraine December 17, 2020

According to a new sociological survey from the Razumkov Center, 20% of respondents from across Ukraine named Zelenskiy as “politician of the year” — but a much greater portion, 42%, deemed him the political “disappointment of 2020.”

At the same time, distrust in Ukraine’s parliament and cabinet is incredibly high — 75% and 76%, respectively. Only 20% of respondents deemed the current government better than the previous one; 30% held the opposite opinion and 41% said it’s no different than the last.

These negative approval ratings align with the general assessment given to the current state of affairs in Ukraine. Only 16.5% of respondents felt that the country is moving in the right direction, whereas two-thirds (67%) said things are going the wrong way.

Notably, these figures are a far cry from the 2019 results. According to last year’s survey, 46% of respondents named Zelenskiy as politician of the year. Moreover, the relative majority — 44% compared to 36% — believed the country was heading in the right direction.

“The vast majority (71%) of citizens believe that in 2020 the situation in the country as a whole has deteriorated, only 3% believe that it has improved and 20% [believe] that it hasn’t changed” the Razumkov Center underscores (in 2019, these figures were quite different: 29%, 14%, and 47%%, respectively).

The most common responses regarding areas of “deterioration” were prices and tariffs (81%), the economic situation (76%), the level of stability (74%), and healthcare (72%). On a scale of one to five, respondents ranked Ukraine’s economic situation in 2020 a two.

What’s more, there doesn’t appear to be much hope for change in the near future. Only 8% of respondents are expecting the country’s economic situation to improve in the next three months, while 41% are bracing for things to get worse.

This article originally appeared in FPRI's BMB Ukraine newsletter. Click here to learn more about BMB  Ukraine and subscribe to the newsletter.

National Bank of Ukraine retains a key policy rate at 6%, the outlook of the CPI deteriorates

Ukraine’s industrial output jumped 4.8% y/y in December
State-owned Ukrgasbank signs off on convertible €30mn IFC loan ahead of its privatisation
National Bank of Ukraine retains a key policy rate at 6%, the outlook of the CPI deteriorates

Russian corporates reduced foreign debt by $11bn in a tumultuous 2020 after a steady 2019. Still, with 89% of the debt refinanced, foreign debt redemption is not a material pressure factor for the ruble.

The Mongolian PM's resignation was a stirring illustration of public accountability and shows why the country is proud of its democracy, according to Antonio Graceffo.

ING: Russian corporates are back to foreign debt redemption in 2020
19 hours ago
COMMENT: Mongolia is an island of democracy
1 day ago
ING: Russia balance of payments: supportive of ruble in the near-term, but risks for 2H21 mount.
6 days ago
ING: Growth in the Balkans: from zero to hero again?
12 days ago
FPRI BMB Ukraine: Most Ukrainians are optimistic about 2021 – poll
12 days ago