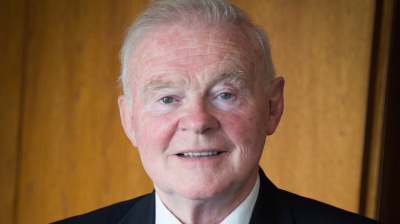 Investors inspired by the speculative mania surrounding US videogame retailer GameStop have been piling into resource companies listed on the London Stock Exchange’s AIM market, bne IntelliNews can reveal.

John Teeling, the founder of Arkle Plc and a string of natural resource companies, said retail investors active on social media caused shares in his company to spike on Monday after a story broken by bne IntelliNews on March 22 was promoted on a UK-based bulletin board. Arkle’s stock hit a peak of 1.15p on hopes of a reverse takeover of the Irish gold and zinc explorer by a Mongolian miner.

“Some 60 million shares were traded after LSE South East’s chat room picked up the story at the weekend and started recommending the stock,” Teeling told bne IntelliNews. “There is a huge Twitter group who go in and out of these junior shares and we have been subject to this before and you see some of the guys who get in early, get out early.”

On the back of the share speculation, Teeling’s 162 Group was forced by the London Stock Exchange to issue a statement saying the potential takeover was no longer going ahead.

The group said it had been approached about assisting with the financing of a "mining project by an intermediary but have since declined to progress matters and there are no discussions regarding a reverse takeover taking place".

Teeling had held initial discussions with an intermediary about a reverse takeover of Arkle by Mongolia’s Undur Tsakhir mine, which is being explored by the Sod Gazar surveying company. The mine produces the metal molybdenum, which is used for steel alloys.

AIM-listed Arkle, formerly Connemara Mining, has gold projects in Wicklow and Donegal and zinc projects in Limerick and the Irish midlands.  Arkle is one of a myriad of mineral and energy plays in Teeling’s 162 Group, including Petrel Resources, an exploration company developing opportunities in Africa and Iraq.

Teeling said the same Twitter investors have been speculating on other LSE AIM-listed stocks such as Kibo Energy, a Tanzanian company, and Vast Resources, a miner with assets in Romania and Zimbabwe.

“We don’t have access to particular Twitter groups and they are the ones – small, private investors, that work between themselves much like GameStop,” explained Teeling. “We don’t know who they are and there were probably hundreds of trades.  They bought 60 million shares and sold 20 million shares, so some group has been left holding 40 million shares.”