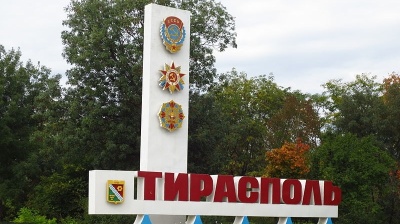 Gazprom bills Moldovagaz in Chisinau for the gas delivered to the Russia-backed separatist republic of Transnistria.
By Iulian Ernst in Bucharest May 19, 2021

Gazprom has initiated another lawsuit — the 16th — against its own subsidiary Moldovagaz with the International Court of Arbitration of the Russian Chamber of Commerce and Industry in Moscow, in relation to the $370.5mn natural gas bill for the year 2018.

All the unpaid bills sent by Gazprom to Moldovagaz in Chisinau are for the gas delivered to the Moldovan separatist republic of Transnistria, although Moldova itself sometimes pays its own bills with some delay. In effect, the gas deliveries — for which Moldovagaz is expected to pick up the tab — are a form of Russian aid for the Moscow-backed breakaway region.

President Maia Sandu made clear this is not Moldova’s debt and the debtor (Moldovagaz) has to settle the issues with the parent company on its own.

Gazprom owns 50% of Moldovagaz, the Moldovan government 35% and the authorities in Transnistria just over 13%.

Gazprom’s claims against Moldovagaz, which sometimes the Russian company and authorities ambiguously refer to as “the debt of the Republic of Moldova”, reached RUB508.62bn ($6.88bn) at the end of 2020, according to the Russian company’s financial statements. The unpaid gas bill was $220mn in 2020. Gazprom has sent yearly invoices for the unpaid gas since 2007.

The claims, classified by Gazprom under IFRS as “expected loss from lending” accounts for the gas transferred by Moldovagas to Tiraspoltransgaz, the gas company of the unrecognised pro-Russian Transnistria region. Although Russia does not officially recognise Transnistria as a state, its officials visiting Tiraspol (Transnistria’s so-called capital city) speak of the gas transfers as “brotherhood aid”. Tiraspoltransgaz charges a low price to local gas consumers, but delivers the money to the so-called government in Tiraspol, as revenues to the budget.

To make the situation even more complicated, among Transnistria’s gas consumers is the Cuciurgan gas-fired power plant, which supplies almost all the electricity consumed by Moldova proper. The power plant is controlled by the Russian company Inter RAO.

All the previous 15 lawsuits ended with the claims being confirmed. But as the new government in Chisinau to be installed after July 11 elections — most likely to be led by Sandu’s Party of Action and Solidarity — is not expected to recognise the debt as sovereign debt (as the past governments more or less officially did), Gazprom might have to eventually use the provisions set aside for the $7bn worth of gas delivered to Transnistria and write off the claims already provisioned as “expected loss from lending”.

In its turn, Moldovagaz claims that “the complex reorganisation plan of Moldovagaz also provides for the improvement of the legal framework regarding the establishment of the mechanism for paying debts to Gazprom. … the basic principle is the assumption of the responsibility for the repayment of these debts by the entities directly responsible for their accumulation,” according to Moldovagaz’ manager Vadim Ceban.

In simpler words, Moldovagaz’ manager says that the debt is not its debt, but Tiraspoltransgaz’ debt. Which, from a legal and accounting perspective, makes little sense but is an attempt to make the issue part of the Transnistrian frozen conflict — therefore relevant for the Moldovan government. This has worked so far, but may not after July 11.

Turkmenistan: A shining city in a book of records
Hungary scraps fuel price cap after panic buying leaves pumps dry
Can Russia sneak gas into the EU via a Turkish gas hub?