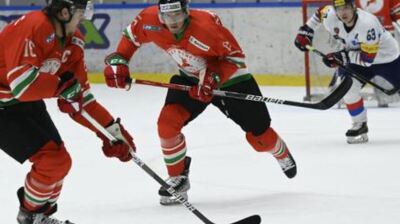 The International Ice Hockey Federation (IIHF) has chosen Finland and Latvia to jointly host the 2023 Ice Hockey World Championships on May 27, after Slovenia and Hungary withdrew their joint candidacy days earlier. The decision came after Budapest failed to give state guarantees for the tournament, citing financial reasons, but some have speculated politics are behind the move.

The event was originally supposed to be hosted by Russia but the IIHF revoked Russia's right to organise it after the invasion of Ukraine.

This left other participating nations rapidly putting together bids to host the event.

Hungarian ice hockey fans were stunned by the announcement of the local Ice Hockey Federation (MJSZ) last week to withdraw from the race to host one of the top sporting events in the world, just two weeks after the national team has successfully qualified for the elite A division for the third time in its history and the first time since 2015.

After the news broke, the Slovenian federation said its country would not go into the project alone, sealing the fate of the joint candidacy, which according to experts had a strong chance against the other bid.

Budapest and Ljubljana would have hosted the games in the newly opened 19,182-seat MVM Dome in Budapest and in the 10,500-seat Arena Stoizice in the Slovenian capital.

Since 2010, Prime Minister Viktor Orban’s government has seen sports as a strategic sector and has fought bitter contests to host large sporting events. It spent over HUF130bn for the FINA World Aquatics Championships in 2017, overshooting the initial budget by four to five times. The bulk of the costs included building new infrastructure and a new state-of-the-art swimming arena by the Danube. Budapest, which will host this year’s championship after Japan pulled out of the race, is spending HUF30bn for the two-week-long tournament.

Hungary paid millions of euros to bring Giro d’Italia to Hungary. Budapest became the starting point of the "Grande Partenza" ("The Big Start", or the kick-off of the three-week-long race). Hungary hosted three stages of the race between May 6-8.

A new 40,000-seat athletic stadium is under construction in the southern part of the capital as Budapest will host the world's third-largest sporting event, the World Athletics Championships, next summer.

The lack of a guarantee for the ice hockey tournament was made at the highest level, sources told independent media.

Cabinet chief Gergely Gulyas told journalists on May 26, when the government announced windfall taxes on a number of sectors to collect HUF800bn to get public finances in order, that financial reasons were behind the government’s decision.

"Organising the tournament is not a priority at this given time after the pandemic and the ongoing war in Ukraine," Gulyas said.

Some people view it otherwise. Given the track record of the government’s lavish spending on sporting events in previous years, it is hard to not see politics behind the move, according to an opinion piece that appeared on Index.hu, which has remained quasi-independent even as it is being financed by billionaire Lorinc Meszaros, seen by many as Orban’s proxy.

There is a feeling that Hungary, which remains the only EU country to take a neutral stance in the Ukraine-Russian conflict, wants to avoid getting into an awkward position on such a geopolitically sensitive affair. Russian President Vladimir Putin’s love of the game is well known, giving rise to speculation that Orban did not want Hungary to host the event that Russia was initially supposed to organise and from which the country will be banned by the international federation, according to the article.

"Both our and the Hungarian federation did everything to organise the championship. Unfortunately, the Hungarians failed to obtain adequate government guarantees for the competition, without which the project is too risky for all involved," said the federation’s secretary general Dejan Kontrec on May 23.

At the time, Kontrec said he was still hoping for a last minute change of position by the Hungarians. However, he acknowledged that there was “no possibility” for Slovenia to go it alone.

Meanwhile, the president of the federation, Matjaž Rakovec, called the chance to host the tournament a “once in a lifetime” opportunity in an interview with news agency STA, and expressed regret at the Hungarian decision.