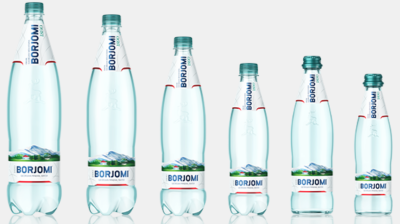 Borjomi has long been popular in the former Soviet Union as a cure-all for everything from morning sickness to a hangover.
By Cavid Aga in Baku June 15, 2022

The Georgian government has reached a deal to take control of the famous but struggling Borjomi mineral water company from its sanctioned Russian owners, Mikhail Fridman’s Alfa Group.

Prime Minister Irakli Garibashvili announced that negotiations with IDS Borjomi International’s shareholders had been successfully completed and the state would become a co-owner of the company, “our national treasure and pride”.

Borjomi – a volcanic spa water long popular in the former Soviet Union as a cure-all for everything from morning sickness to a hangover – suspended production on April 29, blaming the difficult situation in the main markets for its products – Russia and Ukraine – because of their ongoing war, as well as sanctions, which meant it had limited access to its bank accounts, which "closed the company's ability to receive foreign exchange earnings and pay off creditors".

Alfa Group, which controls Russia’s largest private bank Alfa Bank, has owned Borjomi since 2013. Its purchase was at that time perceived as a strategic move by the new Georgian Dream government of billionaire Bidzina Ivanishvili to smooth the mineral water's return to the Russian market. Moscow had banned the mineral water in 2006 as relations between the two countries nosedived under former president Mikheil Saakashvili, who the Georgian Dream government has jailed on charges that include abuse of power.

However, Borjomi’s problems have continued and appear to have worsened since Alfa and its chairman, Mikhail Fridman, were sanctioned. Alfa is sanctioned by the UK and the US, and Fridman by the UK and EU, over alleged close links with Russian President Vladimir Putin.

Fridman – who is challenging the EU sanctions – has called the invasion of Ukraine a "tragedy" which "should be stopped as soon as possible".  In a letter to Alfa staff shortly after the Russian invasion began, he said that he wanted the "bloodshed to end", according to Newsweek. Being from Ukraine himself, his $420mn worth of assets were nevertheless seized by a Ukrainian court.

Garibashvili said that the state will receive a part of the company's shares [7.7%] free of charge and "all the problems that Borjomi and its employees have in operating, managing, functioning will be removed".

Levan Davitashvili, Georgian Minister of Economy, said that under the agreement with Borjomi’s owners, the state will have full management control over the company. Georgia will have one member on the board of directors who will also be the chairman.

Alfa’s Erasmoni Ltd, which will be left with 49.99% of the shares after the share transfer, will have two directors on the five-man board. The remaining two directors are from Black Waters Limited (38.48%), representing the family of deceased Georgian billionaire Badri Patarkatsishvili, the former full owner of the company.

“I think we will be able to contribute to the success of one of the most important national brands for Georgia and respond to the interests of the local population, which, unfortunately, suffered greatly after the imposition of sanctions,” Davitashvili said.

Borjomi’s workers are currently on strike over the management's reorganisation plans, which have included asking workers to work at half pay under temporary contracts.

Garibashvili said that the government would attempt to settle the dispute with the company’s workers. A new mediation process is underway between Borjomi’s 400 striking workers and the management of the company's two local factories.

“People should not have the feeling that someone is being unfairly oppressed, and all their fair demands should be satisfied,” Garibashvili said. “After the state becomes a co-owner of [Borjomi]… we will solve all the problems,” he added.

Employees of Borjomi demand the reinstatement of 49 employees laid off as a result of the reorganisation plan, payment of overdue wages, as well as the conclusion of open-ended contracts, the conclusion of a collective agreement, and the eradication of blackmail, threats and coercion. The workers went on strike on May 31, after an initial 21-day mediation process ended without success.