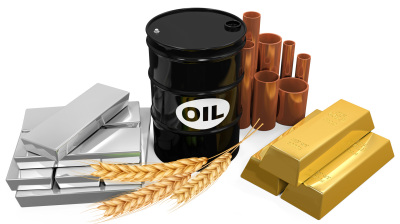 Seventh round of EU sanctions against Russia comprise a gold embargo, further strictures on Sberbank and sanctions across a range of individuals and legal entities. / bne
By bne IntelliNews July 21, 2022

The 27 European Union ambassadors have approved the seventh package of sanctions for Russia’s military invasion of Ukraine, which will include a boycott of Russian largest lender Sber (Sberbank), a gold embargo and sanctions against another 57 individuals and legal entities, according to Reuters and announcements by EU officials.

Indeed, the sanction document states that “in more general terms, the [European] Union is committed to avoiding all measures which might lead to food insecurity around the globe. Consequently, none of the measures in this Regulation or any of those adopted earlier in view of Russia’s actions destabilising the situation in Ukraine target in any way the trade in agricultural and food products, including wheat and fertilisers, between third countries and Russia”.

The transaction wind-down for the European subsidiaries of Sber will still be allowed for a period of six months.

The EU is also joining the gold imports embargo that was adopted in June 2022 by the US and G7 economies. Russia is the fourth-largest exporter of gold in the world, with the yellow metal being the next biggest export after energy, having brought in $18.9bn revenues in 2020.

Among the 50 entities and individuals sanctioned is the head and shareholder of major zinc and copper miner Ural Mining Metallurgical Company (UMMC or UGMK) Andrei Kozitsyn (Kozytsin), designated for being "involved in economic sectors providing a substantial source of revenue to the [Russian] government”, according to the draft document cited by Reuters.

The EU will also sanction First Deputy Director of the Russian Federal Security Bureau (FSB) Sergei Korolev, a potential successor to the current head of FSB, Alexander Bortnikov. Russia's commissioner for children's rights Maria Lvova-Belova is also added to the list for being "one of the most involved persons in the illegal transportation of Ukrainian children to Russia and their adoption by Russian families".

Moscow Mayor Sergei Sobyanin is sanctioned by the EU, along with First Deputy Prime Minister Andrey Belousov, and other officials including the heads of occupied Ukrainian territories, including the mayors of Mariupol and Kherson.

Notably, the seventh sanction package also softens previous sanctions on the aviation industry. “ In order to safeguard the technical industrial standard setting process of the International Civil Aviation Organisation (ICAO), Decision (CFSP) 2022/1271 allows the sharing of technical assistance with Russia in relation to aviation goods and technology in this specific framework,” the document reads.

It is yet unclear whether this clause will open the door for providing technical support and spare parts to struggling Russian air carriers that still hold dozens of foreign jets.

As covered by bne IntelliNews, on June 3 the EU officially adopted the sixth sanction package, which included cutting 90% of Russian oil imports by the end of 2022, banning more Russian banks from SWIFT, and sanctioning the National Settlement Depository, among other measures.

The fifth EU sanction package enacted in April included an embargo on €4bn worth of Russian coal imports, an asset freeze of “several” Russian banks, a ban on Russian trucks and ships in European ports, a ban on high-tech goods exports to Russia of up to €10bn, and additional import limitations for up to €5.5bn of Russian goods.

The fourth package of EU sanctions enacted on March 15 included an import ban on steel products; a ban on new investment into the Russian energy sector; a ban on transactions with certain Russian state-owned enterprises (SOEs); and an export ban on luxury goods, amongst other things. The list of sanctioned oligarchs was also extended.