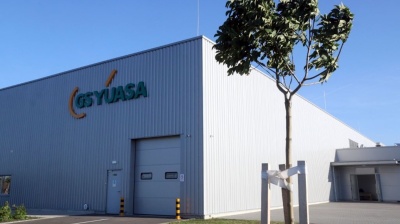 GS Yuasa started the construction of its Hungarian factory, its plant on the continent last year. It chose the northeastern industrial town close to the Slovakian border due to its developed infrastructure, the availability of renewable energy sources, mainly geothermal heating, and skilled workforce.

The company has more than 15,000 employees at 37 sites across 17 countries and recently began the switch-over from lead-acid to lithium-ion batteries, making major investments in the area. It is a major supplier of hybrid and electric cars (EVs).

So far four South Korean e-car battery makers have chosen Hungary for their production sites. Inzi Controls was the latest to set up a production base, following in the footsteps of SK Innovation, Samsung SDI.

The emergence of Asian manufacturers in the region is not a coincidence, as European car manufacturers are planning to expand or replace their existing model portfolio with new fully electric or hybrid models. Before, carmakers mostly purchased batteries from China and South Korea.

Thanks to these deals, South Korea became the top investor and job creator in Hungary in H1 2019, the Hungarian Investment Promotion Agency (HIPA) said.