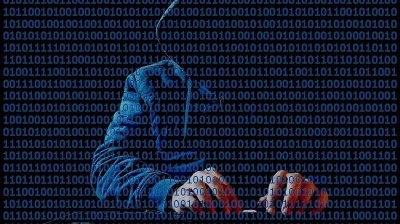 The hacker group AnonOpsMKD, which claimed that it attacked news aggregator Time.mk on North Macedonia’s election day, July 15, warned of “chaos” in the country if parties allow the appointment of an ethnic Albanian prime minister.

The biggest ethnic Albanian party, the Democratic Union for Integration (DUI), led by Ali Ahmeti, has effectively been made kingmaker by the election. It says it wants the next prime minister to be an ethnic Albanian and has proposed former politician Naser Ziberi as its candidate, should it enter into coalition with one of the two main parties.

The ruling Social Democrats (SDSM) won 46 seats in the 120-seat parliament, VMRO-DPMNE 44, the DUI 15, the Alliance for Albanians 12, Levica two and the Democratic Party of Albanians (DPA) one. This means that either the SDSM or VMRO-DPMNE would struggle to form a government without the DUI.

“Now a threat to all parties — if you allow DUI to make you choose an Albanian as prime minister, in exchange for mandates — expect the entire Macedonia to be turned upside down, a complete blackout will happen within 24 hours, do not play with the Macedonian people!” the hacker group warned.

The DUI has previously been in coalition with first the opposition VMRO-DPMNE and later the Social Democrats.

Ethnic Macedonian parties consider its demand to be blackmail. Even though nobody takes the demand seriously, the DUI, which is a decisive factor for forming a new government given the SDSM’s narrow lead over VMRO-DPMNE, has refused to back down from this position.

Both of the main parties have said they hope to form the next government. SDSM leader and former PM Zoran Zaev told local media that the process of negotiating the new cabinet will start after the August 2 national holiday. He added that it was “crystal clear” that the SDSM should get the mandate. However, VMRO-DPMNE, which did not accept the election defeat, has also authorised its leader Hristijan Mickoski to start negotiations to form a new government.

Election day was marred by hacker attacks on both Time.mk and the state election commission (SEC) results website.

In a tweet, AnonOpsMKD denied any connection with the attack on the SEC’s site. The election section of the website remained down for two days leaving a big stain on the election.

“We are not related to the attack on the SEC, and for that you should contact the ‘brothers’ from Kosovo. If you need help to find the perpetrators, open a 'dark web'. Those two-three cyber experts in the interior ministry know what a 'dark web' is,” the group said in a tweet. Its account was later restricted over its threatening messages.

The hackers also claim that they are not connected with any party, or foreign service.

“We are not Russians, Chinese, Hungarians, we are ghosts, you cannot find us, but we can find you,” the group said.

Officials from the interior ministry were cited by media as saying that the initial results of the investigation into the attack on the SEC site will be announced in a few days. Afterwards the prosecution will be informed about the findings.

Initially, the investigation had been leading to a hacker denial-of service (DDoS) attack, which is a mass access from millions of stolen or cloned IP computer addresses to the site with the election results.

However, the new results of the investigation open the possibility of another type of hacker attack, SQL Injection, which means an attack on the election results database connection.

The civic association MOST, which regularly monitors the country's elections, pointed out that although the election took place in a fair and democratic way, the hackers’ attack on the election platform might have been a deliberate attack to disturb the electoral process.