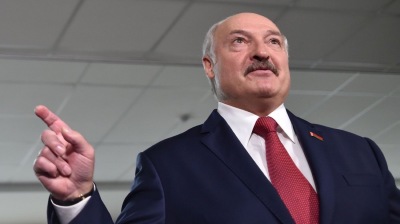 Sectoral sanctions are arguably the most significant innovation in the sanctions tool box, but the financial sanctions imposed on Minsk by Brussels are probably the most painful.
By Maximilian Hess head of political risk at Hawthorn Advisors in London August 2, 2021

Sectoral sanctions have arguably been the most significant innovation in the sanctions tool box over the last decade. Despite reticence over Russia, Brussels now leads the way on expanding their use beyond the Ukrainian conflict, targeting Belarus in response to its plane-jacking abduction of a dissident journalist. That may reshape the strategic landscape for Russian-EU competition.

Belarus and the European Union have fallen out – Minsk put the final nail in their tenuous relationship by withdrawing from the European Partnership initiative and expelling its Ambassador at the end of June. Belarusian President Alexander Lukashenko – ‘re-elected’ in an extremely dubious vote last year that prompted mass protests and set off the latest chill in EU-Belarusian relations – appears to have no intention of stepping back. Recently he has openly threatened to foment a new EU migration crisis and paraded journalist Roman Protasevich, whose abduction from an intra-EU flight after Lukashenko forced it down with an invented terror threat pushed relations to a new nadir, in front of cameras with apparent signs of torture.

The EU has not taken these affronts on its eastern front quietly, in contrast to its normal ham-handed response to human rights violations and democratic dubiousness in neighbouring Russia or further afield, typically limited by its internal divisions.

Following the imposition of a host of new sanctions measures on the Belarusian government and related entities on June 24, Brussels now has a more wide-reaching sanctions programme on Belarus than Washington or London. The same cannot be said for any other sanctions programme.

Brussels had already taken a number of steps to push for change in Belarus in response to last year’s elections and Protasevich’s abduction and related plane-jacking, including blacklisting a host of businessmen and Belarusian state companies just days before. What makes the 24 June sanctions package so notable is not just its ban on EU imports of Belarusian oil products (Article 1h), or even ban on potash sales, though these are Belarus’ key foreign exchange earners. (It should be noted that while Article 2G holds that "the purchase, import, or transfer of potassium chloride ["potash"] products shall be prohibited,” subsequent analysis has shown that much of Belarus’ potash export will be exempted.)

Instead, by far the most notable aspect of the sanctions package is found in Articles 2h and 2i, which bar the issuance of, and dealing in, new loans, credits and securities with a maturity of over 90 days for the Belarusian government and for bodies in which it has majority control. Significant forms of insurance cover are also banned, as are European loans via the EBRD, and EU members are also due to vote against such credits from other multilateral official lenders.

Such sanctions are not wholly new, although it is the first time that the EU has unilaterally imposed them. Similar measures sit at the core of the Western response to Moscow’s 2014 invasion and annexation of Crimea.

Unlike traditional sanctions such as the US’ ‘specifically designated nationals’ (SDN) list – which bar those so listed from the US financial system without reservation – the sectoral sanctions are tailored, only restricting certain activities. Proponents of their effectiveness argue they reflect a more deliberate circumspect and approach. They have largely since been referred to as ‘sectoral sanctions,’ derived from the US’ sectoral sanctions identification (SSI) list, though other sectoral sanctions on Russia also include limits on dual-use technology exports and technology for deep offshore and shale drilling. But it is these debt financing sanctions that have helped to make US-Russian competition in capital markets a key battleground in third countries, as well as in re-shaping Russia's fiscal posture and strategy.

While Europe has imposed such measures on a handful of Russian companies, Washington’s SII list is broader, and notably includes Rosneft (Gazprom is also included, but only subject to SSI directive 4, which does not include debt financing restrictions) unlike the EU programme. These sanctions, and the threat of more, have seen Russia’s state energy giants' borrowing from Western banks significantly curtailed, and have forced Rosneft out of the key eurobond market. Gazprom, on the other hand, has continued to sell its eurobonds with considerable ease, even at moments of heightened Western-Russian tensions.

London and Washington have not imposed such measures on Belarus (though they have imposed blacklist sanctions) as of the time of writing. Until last year’s election, Belarus’ integration with Western capital markets – which picked up just as Russia was retreating from them after Crimea – reached another milestone. Minsk moved last June from listing its sovereign eurobonds in Ireland to the more prestigious London Stock Exchange, which hailed the move last June when Belarus became one of the first emerging market countries to return to international capital markets following the coronavirus (COVID-19) pandemic.

That sale may have marked Minsk’s final turn of tapping Western capital markets in such a manner for the foreseeable future. Lukashenko quickly turned back to Moscow following the crisis in Belarus-EU relations resulting from the sham August 2020 election, borrowing $1.5bn from the Kremlin, largely to refinance existing debts, a prospect that had looked dubious just months earlier, with Lukashenko accusing the Kremlin of threatening to interfere in Belarusian politics. He not only arrested a key opposition candidate who previously headed a Russian-owned bank, but publicly shamed the Kremlin over the surprise appearance of a host of Wagner mercenaries in Minsk. The mercenaries detained were quietly freed days after the vote and Belarusian media has wholly avoided the story since, and Lukashenko has once again been keen to publicly promote his friendship with Russian President Vladimir Putin, even as Putin again renews talk of the ‘union state’ that threatens to sap Belarus of its sovereignty.

Lukashenko's dictatorial and regressive tendencies aside, one would be remiss not to acknowledge that he has deftly balanced Belarus between Russia and the West over his almost 27 years in office. He has done so largely by playing them off against one another, and to play peacemaker when needed, for example hosting the Russian-Ukrainian talks in 2014 that resulted in the Minsk Accords. Despite the complete failure of the political package and ceasefire they were meant to usher in, nearly all Western sanctions on Belarus were lifted thereafter.

Brussels’ latest sanctions actions will likely preclude Lukashenko from again swinging his pendulum away from Moscow and towards Brussels. While the Biden Administration may not impose its own debt financing sanctions on Minsk, Secretary of State Anthony Blinken has publicly embraced Western unity on sanctions policy and Washington would likely oppose any attempts to raise a Belarusian loan in the US. While questions remain about the UK approach, European banks would likely have to be involved, which would remain subject to the EU bans despite Brexit.

Brussels appears to have calculated this move, aware of the ramifications of debt-financing sanctions and geo-economic competition between Russia and the West that Venezuela, Ukraine and Mozambique have witnessed in recent years. Lest there be any doubt, it is also worth noting that Brussels sanctioned Russian businessman Mikhail Gutseriev, who has built an extensive business relationship with the Lukashenko regime in recent years. He had not been sanctioned therefore by either Washington or the EU despite being one of the few businessmen to return to Russia with sizable investments after Russia’s 2014 economic crisis.

The sanctions may already be having a limited effect. Protasevich was moved to house arrest just a day after they were announced. Some have used this to call for further action. Yet it is worth acknowledging that the strategic landscape has likely been recast. As long as the sanctions remain, Lukashenko will only find funds – and friends – in Russia, and potentially China.

The European Union’s institution of debt financing sanctions on Minsk is a sign that it is no longer willing to partner in Lukashenko’s cross-European geopolitical dance, switching partners when he has the most to gain.

Belarus is now largely isolated and the EU is now the leading Western party enforcing such an isolation. Both moves may not have a drastic initial impact but carry the potential to reshape Europe’s geopolitical chessboard significantly over the medium term.

Maximilian Hess is head of political risk at Hawthorn Advisors in London. He also serves as a fellow at the Foreign Policy Research Institute in Philadelphia, Pennsylvania. Follow him on twitter at @zakavkaza

The Communist Party of the Russian Federation (KPRF) massively improved its standing following the elections for a new Duma, but were robbed of the much larger share it actually won. The question now is what – if anything – can the KPRF do?

Hungary's big return to the international bond market shows it is expecting a lengthy spat with the EU but it also makes financial sense.

The DNA was collected in western China’s police state, Xinjiang. Could the subjects have said no without fearing retribution?

Russia’s ruling party, United Russia, has been cracking down on opposition politicians and independent media in order to influence the fast-approaching Duma elections and has rolled out a number of dirty tricks.