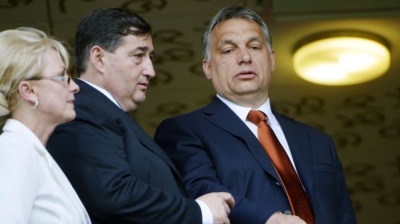 The lockdown has hit the hotel branch of Budapest Stock Exchange-listed Opus Global, but state contracts in construction more than compensated for the decline, according to the earnings report of the flagship holding company owned by Hungary’s second richest man, Lorinc Meszaros, the childhood friend of Prime Minister Viktor Orban.

The holding consists of 40 companies from all sectors of the economy, from asset management, insurance, agriculture and industry to construction and tourism. Meszaros used to have a huge media portfolio, but he transferred it to the Central European Press and Media Foundation (KESMA) in 2018.

The communication highlighted that it is still not possible to fully assess and model the impact that the second wave of the coronavirus will have on the group's functioning.

The group's total operating income was HUF98.8bn (€273mn), down from HUF130bn in H1 2019. The company booked after-tax profit of HUF2.6bn on continuing operations in the first half. Ebidta amounted to HUF17.7bn, thus nearly doubling from HUF9.3bn

The epidemic halved the revenue of the tourism segment to HUF7.2bn leading to a loss of HUF7.2bn. The company carried out a 50% downsizing at is hotel chain Hunguest Hotels, but has been awarded billions for renovation under a state financed accommodation development scheme.

Opus’ industrial segment generated HUF62bn in revenue in the first six months, HUF4.8bn more than a year ago. Construction group Meszaros & Meszaros and R-Kord have won dozens of state contracts. Opus subsidy RM International is involved in the Sino-Hungarian consortium for the €2.1bn reconstruction and expansion of the Hungarian section of the Budapest-Belgrade rail line financed by Chinese-loans.

US pledges up to €1bn for EU's eastern Three Seas region

The billionaires club, where the mega-wealthy go to meet each other
US pledges up to €1bn for EU's eastern Three Seas region
Hungarian foreign minister strikes back at Joe Biden with Ukraine graft allegations