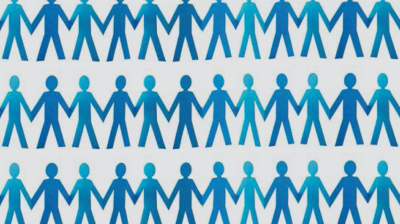 Is Ukraine the perfect place to become the world's cryptocurrency hub? That's a hard one. It has a lot going for it as far as IT is concerned and has already produced several unicorns. But it has serious problems too, with corruption being the worst.
By Robert Homans in Washington DC November 16, 2021

There was an article in New York Times this month entitled “The Crypto Capital of the World – It Has to be Somewhere. Why Not Ukraine?”

The article starts with an introduction to Michael Chobanian, described as the founder of one of Eastern Europe’s first cryptocurrency exchanges – “A buccaneering 37-year-old educated in a British private school, Michael Chobanian is fluent both in English and the folkways of Ukraine, which he regards as a largely lawless frontier and which he likes to traverse in his black Ferrari 612. He is the founder of Kuna, one of Eastern Europe’s first cryptocurrency exchanges. To him, his native country is a terrific place to run a business, as long as you have the nerve to navigate a system rife with corruption.” For someone who has been coming to and observing events in Ukraine for almost 17 years, even though he is Ukrainian, Chobanian seems to me to be part of the latest generation of expats with visions of riches that turn out to be a mirage.

Expats have been coming to Ukraine at least since 1992, when Ukraine became independent. The article states: “Ukraine has already lured some Americans and Brits in the crypto industry, and they didn’t come because they’re sticklers about the rule of law.” Perhaps this characterisation is a bit unfair, but it’s also true that over the years American and British expats have been involved in shady real estate deals, bribing officials to deport a business partner who has become inconvenient, and other activities which, if they were in their home countries, would likely land them in jail.

Some expats who have established themselves in Ukraine have done very well, and they have done so honestly and with the upmost integrity and lived to tell about it. Others have lost everything. By choosing to sit for an interview for this article, in my opinion Chobanian violated a cardinal rule for expats doing business in Ukraine – don’t draw attention to yourself. The article stated that Kuna, Chobanian’s company, has already been the subject of one police raid, it is surprising that he continues to draw attention to himself. In Ukraine, property rights are very limited or non-existent. Private companies Kuna that are making money often become targets of oligarchs, businessmen with the proper connections who can launch corporate raids, police inspections, and tax raids to name a few.

Recently a friend of mine, an American, went on vacation with his family to the United States. He lost his business the day after he left Ukraine, to his partner. There are many other examples.

Not long after I first came to Ukraine in 2005, an expat who started a very successful business in Ukraine sat for an interview with the Kyiv Post, Ukraine’s only English language newspaper. He said that his ability to navigate through Ukraine’s opaqueness was a comparative advantage, because it serves as a barrier to entry to other expats and foreign companies interested in entering the market. What he didn’t say was that he had had his own share of encounters with the authorities, resulting in raids and confiscation of assets. His ability to navigate Ukraine’s opaqueness was the result of his paying an expensive tuition fee.

Ukraine has a vibrant IT industry. Examples include Grammarly, a company that helps people check their grammar and spelling. Facebook’s original toolbar was developed by Ukrainians working for a US corporation. In many respects, Ukraine’s prowess in IT and the growth of cryptocurrency is a match made in Heaven, or possibly Hell depending on one’s perspective. Because of the lack of property rights, especially intellectual property protections, most of the major IT companies that were established in Ukraine are now incorporated in the United States, the UK, the EU or Cyprus.

In 2015, the year after the Revolution of Dignity, I had a conversation with the head of DHL/Ukraine, who told me of a campaign they started to promote some of their small business customers, including a successful manufacturer of wedding dresses located in Western Ukraine. DHL offered them free promotions of their businesses. Not a single company took DHL up on its offer. None of them wanted to drawa attention to themselves, for fear of becoming the target of a corporate or tax raid. The memories of the Yanukovych Epoch were still fresh. That fear has subsided, as evidenced by the manufacturer of wedding dresses being part of a webinar sponsored by the US-Ukraine Business Council and the Kyiv School of Economics.

The Pandora Papers revealed that in 2012 President Zelenskiy’s production company, Kvartal 95, was incorporated in Cyprus. At the time, Zelenskiy had a good reason to incorporate in Cyprus. 2012 was during the presidency of Viktor Yanukovych, a period that a friend of mine, a long-time resident of Ukraine, described as “beyond corruption.” President Zelenskiy likely believed that if his company was successful, it would become the target of a corporate raid by one of Yanukovych’s associates, collectively known as “the Family.” 2012 was the time of the pre-packaged corporate raid, where for say $100,000, one could obtain all the ingredients of a successful corporate raid, including bribed judges, notice for a general meeting, police raids and everything else necessary to steal a company from its owners. A $15,000 pre-packaged Cyprus corporation, including the corporate seal, and an office address, bank accounts, by-laws, etc., at least offered some protection.

The article also interviewed Alexander Bornyakov, Deputy Minister for Digital Transformation. As described in a very snappy video, Ukraine is in the process of digitising interactions between citizens and their government, much like Estonia and Kenya have done. This is an excellent development but, as the article points out, some prefer the status quo – “the country is pushing sunlight and legitimacy to a group of executives who often prefer darkness and quasi-outlaw status.” The ability of an individual to start a business online, to take one example of an interaction being digitised, effectively limits the opportunity for graft.

Ukraine has made great progress, especially in reducing the level of petty graft that directly affects its citizens, but until property rights are strengthened, caveat emptor.

RAGOZIN: Zelenskiy swimming in the shark infested waters of friends and foes

Ukrainian President Volodymyr Zelenskiy is swimming in waters infested with the sharks of geopolitics where everyone has a view on Ukraine, but don't always ask his opinion. And he is trying to keep his head above the surface.

RAGOZIN: Zelenskiy swimming in the shark infested waters of friends and foes
1 day ago
NEMETHY: Is monetary tightening the cure for inflation?
1 day ago
ASH: Russia escalation cost/benefit
3 days ago
HOMANS: Former President Petro Poroshenko in the dock (sort of)
9 days ago
RIMMER: Turkey - Let nothing astonish you
9 days ago