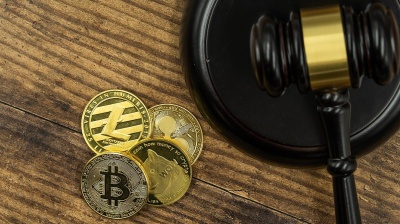 Plenty of Turks are sold on the idea of countering lira losses with cryptocurrency investments. / CryptoWallet.com Images, cc-by-sa 2.0.
By Justine Mazonier August 11, 2022

Turkey was the largest cryptocurrency market in the Middle East in 2021, with the exchange volume expanding by some 1,500% y/y, according to data from Chainalysis.

Attorney Burcak Unsal, an expert in cryptocurrencies, noted that the Turkish transaction cryptocurrency volume last year was one of the biggest in the world. Statista Portal, meanwhile, presented data showing Turkey was the world’s fourth biggest cryptocurrency market in 2020 in relation to the number of users.

Forty cryptocurrency exchanges are currently operating in Turkey, the Middle East’s largest economy and home to around 85mn people. The most popular platforms are Bitcoin, Paribu, BTC Turk and Binance.

The attraction of cryptocurrencies in emerging market Turkey stems from the high volatility and plummeted value of the Turkish lira (TRY), the local currency. Since 2020, the chronic depreciation of the lira has driven many private actors to find a more secure way to invest and save their money. The lira's exchange rate against the dollar has not been stable for a decade. Between 2013 and 2018, the national currency depreciated by 4 times against the USD. It lost 44% of its value in 2021 and year to date in 2022 it has shed more than another 25%, bringing total losses in the last three years to around 70%.

The high inflation rate in the country-an official 80% in July but more than twice that according to some independent analysis by Istanbul economists—aggravated by detrimental monetary policy pursued by the Turkish central bank and government in the drive for growth has raised the attraction of the cryptocurrency market for Turks. The central bank refuses to budge on interest rates, declining to bring in hikes despite loud calls from the market as it attempts to flip the chronic Turkish trade deficit into a surplus. Rampant inflation and a collapse lira are here to stay for consumers and investors in Turkey in these circumstances. The government, meanwhile, attempts to curb the fall of the lira by restricting access to FX for residents, often in vain.

Finally, hard currencies are subject to instability amid a global inflationary scene with surged oil and gas prices. Turkish residents who relied on the dollar and other strong foreign currencies to protect their savings have become more reluctant to rely solely on such fiat money to protect their assets and investments. Thus, cryptocurrencies become more and more popular while the national fiat money is perceived as less stable than digital assets. A similar trend is visible in South America and Africa. According to surveys, the percentage of Turkish residents using cryptocurrencies was 16% to 20% between 2020 and 2022. Turan Sert, from Paribu, the biggest cryptocurrency platform in Turkey, said that “in the past it was dollarization, meaning that to avoid fluctuations in their domestic currency people kept their assets in dollars […] now the recent trend is being called cryptolization”.

Unsal explained that Turkish residents have invested massively in cryptocurrencies since confidence in the lira has been on the wane for a very long time. On digital platforms, anyone can invest small amounts easily without prior technical knowledge, contrary to the stock market and in FX trading and real estate. These options are less accessible, more expensive and are submitted for state taxes.

That said, the cryptocurrency market in Turkey is not entirely safe and stable. Fluctuations, sometimes quite dramatic, are often expected, particularly when it comes to worldwide platforms, owing to restrictive measures taken simultaneously in different countries (in Russia, China, India and Qatar). Bitcoin fell to a record low recently following Chinese steps brought in against digital currencies.

Moreover, two Turkish cryptocurrency platforms closed in April 2021. The CEO of Thodex, Faruk Fatih Ozer, allegedly fled to Albania with more than two billion dollars of funds invested in his platform, with several of his alleged accomplices arrested in Turkey. A few days later, cryptocurrency platform Vebitcoin ceased its activities in Turkey and four of its employees were arrested. Investors could not access their funds placed in their digital wallets.

This case increased suspicion of the Turkish state in terms of cryptocurrencies traded on its territory. The government seems to fear that cryptocurrencies will decrease the value of, and confidence in, the fiat national currency. Officials started to adopt a negative stance towards the market, even while Turks were increasingly using the option for savings or investments.

The growing suspicion was apparent when the Turkish central bank implemented a Regulation on Prohibiting Payments with Crypto-Assets on April 16, 2021, to ban the use of cryptocurrencies as a means of payment for goods and services in Turkey. According to this law, the Turkish platforms are not allowed to propose any system for transferring cryptocurrencies into a fiat currency. However, the law does not impose a complete ban on cryptocurrencies in Turkey. Chairman of the Turkish central bank, Sahap Kavcioglu stated that the legislation was necessary to implement a balanced system for digital money.

On May 1, 2021, amendments were implemented via a presidential decree to the Regulation on Measures on the Prevention of Laundering Proceeds of Crime and the Financing of Terrorism. Cryptocurrency providers must report their activities to the Turkish Financial Crimes Investigation Board (MASAK) and provide customer identification. The law was adopted to avoid the use of digital money as a means of transaction in criminal or terrorist activities due to a lack of state control. Suspicious activities must be reported directly by the digital providers to MASAK regardless of the transaction amount and for all transactions of more than TRY75,000 (around $4,200).

In May, Turkish authorities were said to be working on a draft bill implementing more control on the cryptocurrency market and platforms. According to Turkish press reports, the law would target the securing of cryptocurrencies in the banking sector. The National Capital Market Board would issue permits for platforms to operate in the country. According to this law, a platform would need capital of $6.1mn to run their business. Foreign platforms would have to set up national branches that could be taxed in Turkey.

Analysts complained that the legislation would neither be favourable to the Turkish economy nor to the security of digital users. According to Unsal, the cryptocurrency market should be subject to controls under comprehensive legislation and Turkey was too late with its implementation; the proposed moves would not foster the development of Turkish investments.

Another market observer, Bora Erdama, said Turkey's cryptocurrency market has a very high potential at the international level: “If Turkey becomes a good bridge in the crypto-assets ecosystem, there will be significant capital inflows into the country, never mind the worry of money flowing out of the country. Istanbul and Turkey will become a centre of attraction for the crypto-asset ecosystem." Protectionist measures adopted by the government could jeopardise this development, Erdamar said, adding that the decree implemented on April 16, 2021, preventing the use of cryptocurrencies as a means of payment, brought about the end of ventures for many start-up entrepreneurs.

Cryptocurrency expert Vedat Guven concluded that this step to prevent such use could dampen projects based on blockchain technologies in Turkey. Guven said cryptocurrency platforms were crucial in the development of this technology.

The Turkish government, meanwhile, tried to propose alternatives, controlled by the state, for the unregulated cryptocurrency market. The government talked of plans to shortly launch a national digital currency, the Digital Turkish Lira Cooperation Platform, regulated by the Turkish Central Bank. The national digital currency was to mitigate risks for investors in the digital market. The central bank would propose digital wallets and transfers based on blockchain technology.

Turkey’s president, Recep Tayyip Erdogan, last year affirmed during a national youth meeting that he was leading a war against private cryptocurrencies. He said he would instead foster the development of the national digital currency. According to cryptocurrency expert Artem Deev, many countries were creating a national cryptocurrency to ensure control of private exchanges, perceived as competitors, and escape from regulation.

Deev added that the trend, seen in China and Russia, for instance, could provide a strategy to weaken the private cryptocurrency market in Turkey, clearing the way for to present state-sponsored digital assets as legitimate financial assets.

However, even given the negative events and publicity that have surrounded the private sphere cryptocurrency market in the past year, the use of the market is expected to continue to grow among the Turkish population. According to Sima Baktas, a Turkish expert in cryptocurrencies: “Even mainstream TV channels talk about crypto now, and even when they show very bad news about crypto, Turkish people get more into crypto, because it appears they don’t care about that bad news showing crypto as some kind of unreliable sector.”

Tirana agrees with US-based Satellogic USA Inc. to develop a dedicated satellite constellation that will enable satellite monitoring of the country’s territory.

Cutting off Instagram has put around 400,000 businesses “at risk of annihilation”, says analyst.

Deal will help Alten strengthen its presence in Romania and the broader Central and Eastern Europe region.

Earlier this month ffVC, an international VC firm comprised of several funds in the US and Europe, announced the launch of a new fund exclusively dedicated to Ukrainian founders and startups.